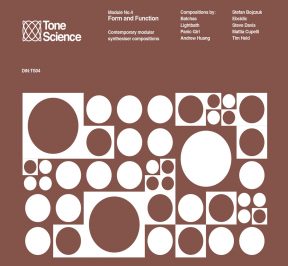 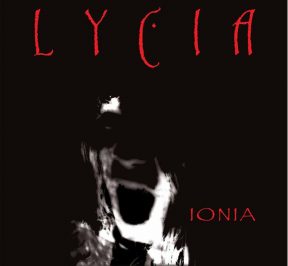 Lycia’s classic IONIA is getting a remarkable 2LP release by Italy’s Avantgarde Music. On preOrder for $25. The CD is available for $14.

Released in 1991, IONIA was Lycia’s debut on Projekt. With its brilliant blending of intense cascading guitar, drone synths and deep, whispered vocals, the release quickly found a home with fans of independent, underground goth as well as spacey ambient music. On this influential and much-admired album, songwriter, vocalist and multi-instrumentalist Mike VanPortfleet speaks to a melancholy that’s intentionally left open-ended. A raw mournful mood pulses beneath songs of isolation, existence, love and loss. IONIA was a post-punk musician’s attempt to create an ambient record. VanPortfleet (with musical assistance on a few tracks) created hypnotic soundscapes that turned the mournful into the majestic. Inspired by the primal sounds of bands like Swans, Big Black and Cindytalk, and a desire to take it into realms of deeper experimentation, VanPortfleet reflects, “The mood of the album was influenced by my growing interest in darker-themed books and films, mysticism and existentialism, as well as an increasingly isolated and aloof personal life.”

Since their inception in 1988 US pioneers Lycia have been a landmark for the darkwave and gothic scene. They set the highest standards with their classic 90s releases on Projekt. And here we are, in early 2021, with Italy’s AvanteGarde having the greatest pleasure to reissue the unique IONIA, celebrating its thirtieth birthday in 2021! Originally released on September 3rd 1991, IONIA was recently re-released on CD by Projekt in 2017. And yet, such an important album had never been pressed on vinyl. Until today. Lycia‘s debut album will be released for the first time on double vinyl in two different colored versions!

Recorded from February to June 1991 on 4 track cassette, IONIA comes to vinyl in a completely remastered version (courtesy of Attrition’s Martin Bowes), specifically for this 2LP edition.

Mike reflects on the origins of IONIA: In the early spring of 1991 I was reeling. After nearly a decade of unsuccessfully paying my dues in the unreceptive Phoenix music scene I finally had a recording deal. But all was not good. The previous summer, just weeks after John Fair had joined another band and was touring the US and Japan, Lycia got an offer from Projekt. The initial plan was to proceed with the material that John and I had previously demoed. I recruited Will Welch, who had been on the fringe of the band for several years, to assist. Very early on he informed me that he had no interest in replicating John’s parts. He instead wanted the two of us to write new material and have a Lycia reboot. For some unknown reason I agreed and in the fall of 1990 we started writing new material. Projekt of course was confused by the about face but was still on board for us proceeding with the release. After a couple of productive weeks, and two new solid songs, things stalled. Several months later we completed the recording of what we were calling Byzantine. Neither of us were satisfied. Day one into the mix it became apparent to both of us that it wasn’t working. While he never officially quit, Will went AWOL. We were already a month behind the deadline. So I decided to proceed alone. When I informed Projekt that I was rebooting the album yet another time the deal was on the precipice of being retracted. Feeling an insane amount of pressure I once again started from scratch. Going through a year plus of multi-track masters I found numerous partially completed demos. With limited equipment I proceeding in yet another new direction and a couple months later IONIA was completed. After Sam Rosenthal and I completed the mix I wasn’t sure what I thought. It was different. It moved in a direction I wasn’t expecting. To this day I’m still not sure what I think. But it set the plate to a decade of Lycia, and became the template for everything that followed, even to this day. In 2017 I was thrilled when Projekt Records reissued IONIA on CD. I’m equally thrilled that Avantgarde Music will be issuing for the very first time on vinyl, and pre-orders start now!

Also available on vinyl from LYCIA, the $25 2LP A Line That Connects