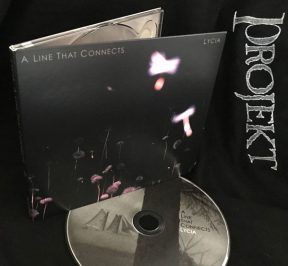 Purchase in Europe for fast, inexpensive shipping: Information in English here. Click to order CD or LP. T-shirts are available from the US webstore only. Also getting a reprint, currently on preOrder: T-shirts from IN FLICKERS and IONIA.