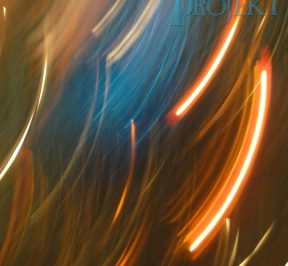 …and wrapping up the old one, and remembering even older days

(Soundtrack for this blog, a new piece from Forrest Fang: And A Quiet New Year)

I received an email a few weeks ago (in response to my Thanksgiving blog) from a guy I know here in Portland; he thanked me for all the music Projekt brought into his life over the years, and for releasing the music of friends in town (Soriah with Ashkelon Sain). With the never-ending flow of emails pouring into my Projekt inbox it is easy to overlook the positive messages of appreciation — the on-fire problems are always screaming for attention. Thank you Cedric for your message — it is wonderful to know my work at Projekt has been part of your musical life for all these years.

Releasing music on Projekt started as my passion and evolved into my career. From my fan-side I think about a label that brought a lot of music into my life in the 80s — 4AD. It was so exciting that Ivo collected those great artists and released their music for us to discover. Very nice! That’s what I’ve been doing here at Projekt for the last thirty-six-plus years: gathering interesting music for your discovery of sounds you might not otherwise have heard. Projekt has always been about taking that (financial) risk and supporting the music I am into – the music I want to put my money and time and effort behind.

[ As an aside, I love paying royalties. I love writing checks (or sending Paypal) for my friend’s creative work. At the end of the 90s, Projekt fell behind on paying royalties to the artists. I decided, enough of that! I downsized to just me and Lisa, got out of $180,000 debt (owed to pressing plants, credit cards, etc). I switched it around; these days Projekt pays the top artist’s royalties in upfront installments. It makes things so much less stressful for me to have that money out the door and in their hands. I like knowing it’s taken care of! ]

Yes, Projekt once had a staff, in the mid-90s through the early 2000s there were a number of other people involved in the label. Primarily Patrick Ogle, who I recently mentioned on Facebook as the elf who deserves 97% of the credit for Projekt Records’ holiday series. I grew up in an atheist/marginally-Jewish household; holiday songs were never my thing. Pat had the idea for the Excelsis ~ a dark noel (Bandcamp or Spotify) compilation, and we made it happen.

I asked Pat for his recollection on the genesis of Excelsis, and he wrote:

There were two things. First… I do like Holiday music… and what made me think of doing it was that ALL the holiday music out there was like… Sinatra and Bing Crosby and stuff like that… There really wasn’t any sort of “alternative” Christmas LP out. I don’t know if this was the first of that but it was certainly the first “goth” or “dark music” one (make no mistake there WERE goth holiday songs! Siouxsie did one). SO, in addition to my liking holiday music? I thought it would sell and people would like it… and I think it worked out that way…!… I remember you were pretty iffy about it at first but came around…

So there you are, the history of Excelsis from somebody who was there. Back in 1995, Projekt was based in Pasadena California on the 2nd floor of a building that once was a fire station, and at the time we were there had a bar downstairs (when I visited Pasadena in August for Steve Roach’s concert I noticed the building was gone and the space seems to be part of a parking garage.) Projekt had five or six employees in Pasadena, Pat’s desk was right outside my door, which meant all day I listened to Pat on the phone talking with journalists and stores, promoting the Projekt label.

I remember (Excelsis) like yesterday… There was a place called Mix Up (a record store) in Mexico City some December in the night. A beautiful music started to be heard: dark, melancholic, quite different than the music in those places. Asked for the band, some told me: Really don´t know, it’s from a strange christmas album, the name is DARK NOEL, of course purchase it right away!!! It was not my first Projekt album, but I became more hooked with the company!!! Cheers mate!!!!

How cool is that!? Pre-internet, the music made it around the world and had an affect on your life. That’s a reward for doing it, right there!

And a number of digital-only releases from Jarguna, Polly Fae & others.

At the moment I’m finishing up the mix of a new Mark Seelig album, and then I’m wrapping up the mix on a new Thanatos album – my first full-length collaboration with the aforementioned Pat since our 1995 album An embassy to Gaius.

“I encourage you to make peace with death, to see it as the culminating event of this adventure called life. Death is not an error; it is not a failure… it is like taking off a tight shoe.”

There’s a new decade barreling towards us. This is a time for new beginnings or to replicate the problems and uncertainty and unhappiness of the last decade. I personally vote for new beginnings. Change. New ways of looking at things, new solutions for old problems, and optimism. Yeah, I know, that’s something odd about me: even with our past history of problems, I’m still an optimist. I think there’s always tomorrow to do something different. With that in mind, I’ll leave you with another quote, this one from Ram Dass’s collaborator in his pre-Ram Dass life, Timothy Leary:

If you don’t like what you’re doing, you can always pick up your needle and move to another groove. 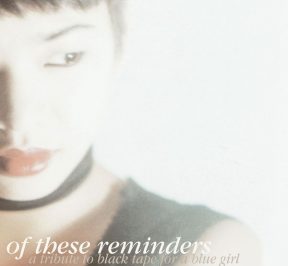 Consider joining the Black tape for a blue girl patron area. For $5 a month you get this album (download & streaming) and lots of other exclusive music. Plus you're giving a monthly contribution to help me create my art. And that's just very cool of you! 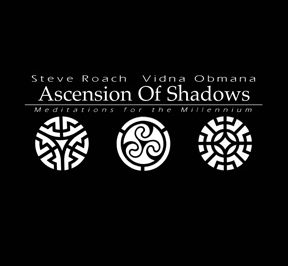