Tracklist:
A1 Ionia
A2 A Brief Glimpse
A3 November

B1 Fate
B2 Desert
B3 Renewal

Released in 1991, Ionia was Lycia’s debut on Projekt. With its brilliant blending of intense cascading guitar, drone synths and deep, whispered vocals, the release quickly found a home with fans of independent, underground goth as well as spacey ambient music. On this influential and much-admired album, songwriter, vocalist and multi-instrumentalist Mike VanPortfleet speaks to a melancholy that’s intentionally left open-ended. A raw mournful mood pulses beneath songs of isolation, existence, love and loss. Ionia was a post-punk musician’s attempt to create an ambient record. VanPortfleet (with musical assistance on a few tracks) created hypnotic soundscapes that turned the mournful into the majestic. Inspired by the primal sounds of bands like Swans, Big Black and Cindytalk, and a desire to take it into realms of deeper experimentation, VanPortfleet reflects, “The mood of the album was influenced by my growing interest in darker-themed books and films, mysticism and existentialism, as well as an increasingly isolated and aloof personal life.”

Since their inception in 1988 US pioneers Lycia have been a landmark for the darkwave and gothic scene. They set the highest standards with their classic 90s releases on Projekt. And here we are, in early 2021, with Italy’s AvanteGarde having the greatest pleasure to reissue the unique Ionia, celebrating its thirtieth birthday in 2021! Originally released on September 3rd 1991, Ionia was recently re-released on CD by Projekt in 2017. And yet, such an important album had never been pressed on vinyl. Until today. Lycia‘s debut album will be released for the first time on double vinyl in two different colored versions!

Recorded from February to June 1991 on 4 track cassette, Ionia comes to vinyl in a completely remastered version (courtesy of Attrition’s Martin Bowes), specifically for this 2LP edition. 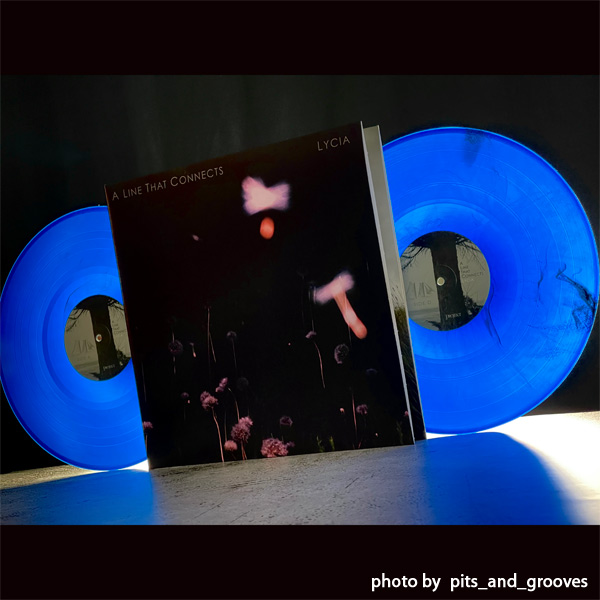 Also available on vinyl from LYCIA, the 2LP A Line That Connects.