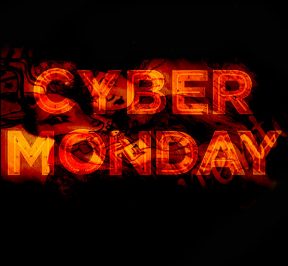 Cyber Overload. Sheesh! I got so many Cybersale emails in the last week. I am sure you’ve been flooded by them as well. My apologies for adding one more to your in box. Then again, I know you’re a fan of Projekt music; you’re on this list because you’ve purchased from our webstore, our Bandcamp page, or you signed up somewhere else over the years. Thanks for your interest. So far this week, 346 of you have taken us up on the Cyberdigital 50% off sale, and 8 of you have taken the Cyerphysical 15% off coupon. I guess that’s a pretty good indicator of how digital has taken over the music business. I was interviewed yesterday for The Future of What podcast (it should go live within a week.) We discussed the changes in the record business. Each podcast features one record label person in a 45-minute interview about the record business. It was great to talk with another label owner about Projekt’s 35+ year history, and the changes we’ve seen over the years. The one thing that doesn’t change is that fans of the music keep the label alive. Giving a bit back with a discount is my way of thanking you for your interest in the cool independent music on Projekt. So for you, a few more days of our cyber specials:

Digital-only 50% OFF sale at our Bandcamp store. Sale does not include Merchandise (CDs+LPs+etc). Order refunded if you purchase merch. Use checkout coupon code “cyber18”. Sale ends Friday Nov 30, Noon EST.

Every $10+ order placed here at the Projekt webstore gets a free copy of the Projekt 2-CD Holiday compilation Ornamental. (That’s $10 in merchandise, before shipping) Yup! Free CD for you. Every order over $40 also gets the Projekt enamel pin for free. Both of these offers are while supplies last.

If your order total (before postage) doesn’t get to $40, you can purchase the Projekt enamel pin for just $5.

Sale does not apply at Projekt’s European webstore. However they offer fast, inexpensive shipping that might more than make up for the % difference.

You’re still buying Forrest Fang’s Scenes from a Ghost Train, so we’ve extended it for a final day, and added Falling You’s Shine plus Lorenzo Montanà’s phase IX. On sale for one day at $10! Sale ends 11am, Pacific Time, Saturday November 23.

You loved yesterday’s sale on Forrest Fang’s Scenes from a Ghost Train, so we’ve extended it for a day, and added Forrest’s Animism, LYCIA’s A Day in the Stark Corner, and Erik Wollo’s Cinematic. All are on sale for one day for $10!

Aurelio Voltaire’s Heart-Shaped Wound  Forrest Fang’s Scenes from a Ghost Train on sale for one day for $10! Sale ends 11am, Pacific Time, Thurs November 22. Check back tomorrow for the next two CDs on one-day flash sale.

We are taking preOrders on the upcoming Aurelio Voltaire album, What are the Oddz? 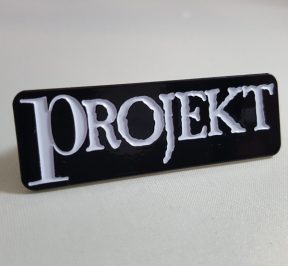 here are some things crossing my desk*

something different today from sam: no pictures. just words….

On Twitter on a link to a review of the new BlackTape album, Andy posted, “Really great work Sam. Sounds like the better days in the past.” I love that people are checking out the new music and hearing the through-line from my earlier work. With that said, I replied, “Future/past. Always better days to come…” That’s how I feel about life: the future is filled with possibilities, and I can rewrite the story, and head toward what I desire. I know that’s not “goth” of me, and I know we sometimes have limitations that are hard to overcome; still, I try not to remain bummed out about life. Even with all of our challenges (political, emotional, societal, economical), there’s always a bit of grass growing through the pavement somewhere, with things to look forward to.

Do you remember back in the 90s there was a UK zine named Music From The Empty Quarter? I recently heard from Deadhead, the editor, I think we last talked prior to my ’96 move to Chicago! It’s been a long while, really great to catch up. We’re doing a 10-question interview. I’ve posted the first 4 responses here. Next batch of qs will be answered and posted in a few days.

“Projekt200 is more than a retrospective; it’s a work of art in its own right, a chronicle of Projekt’s journey from cult ethereal/ambient label to darkwave powerhouse.” – ReGen Magazine. Released over a decade ago in an edition of 2500, this is a beautiful 3CD collection of Projekt music. One disc of the early years, one disc of then-current artists, & one disc of ambient music. Alas, it was released right when CDs were dying at retail and people didn’t experience this lovely look at the PROJEKT roster (and it was certainly priced to high, because that’s the kinda thing you did back then when retail stores were clawing away a big chunk of the sales price). I have copies I’m selling at below my cost so people can hear and see this wonderful release.

“Speaking of Projekt, we somehow had no idea Lycia was dropping a new album last Friday, and now that we do know, it’s basically all we want to listen to. We loved 2015’s A Line that Connects (seriously, it was one of our top 10 records that year), and what we’re hearing from In Flickers is promising indeed: the group’s patented lush, shoegazey darkwave, enhanced with some upbeat drum programming and synthwork that we wouldn’t have expected but is hitting the spot.” Purchase CD or LP.

Black Tape For A Blue Girl from Infrared Magazine<

“(To touch the milky way) is engaging, inviting, patient, melancholy and emotionally seductive. To say this is the best album of the year is not fair. The year is not up. This album is the reason I hate the digital age. I have to own this cd. If you are a fan of the band, that last statement is for you also. This is not a music file on a phone or a fucking stolen link. This is artwork, this is a band giving their passion and a passion I will play many times before I go to bed tonight. I love this cd so much, this band has yet to fail me. ” Purchase CD or LP.

Crossing my desk. I know, I know. What an outmoded metaphor. 🙂

Get ready for a new release this Friday! 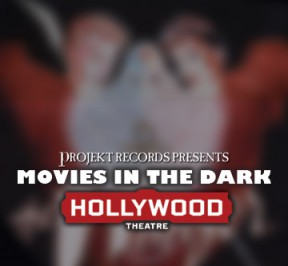