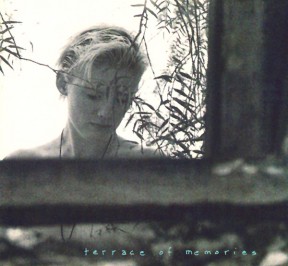 An Xmas gift: Terrace of Memories (name your price)

This is a limited time thingie, go over to Bandcamp and grab it today!

Hi — the year is quickly drawing to a close! This past week I was busy writing holiday cards to the extremely cool people who contributed to the Remnants of a deeper purity vinyl Kickstarter campaign. You know who you are, and you’re all cool.

While I was writing those cards, I was thinking about what might make a nice gift to give everyone, for making this a great year. And I settled on my 1992 collaboration with vidnaObmana: Terrace of Memories. It’s one of the many lovely albums from the 90s that has gotten “lost” over the course of time. There’s so much great music out there to chose from, how are you going to discover an album from 21 years ago?

Well, the best way is to get it as a gift.

For a limited time, you can have this download at Bandcamp for as little or as much as you want to contribute. It could be zero, it could be a buck. Or five. Whatever you chip in is appreciated.

As far as I can recall, I began working on this collaboration with vidna after the recording of A chaos of desire. Dirk sent me cassette tapes of music, and I worked on my 8-track. I believe the first track was “Of silent crossings” and I was very pleased with the result. But then I got distracted by other projects, and the tapes were pushed to the back-burner and the album wasn’t concluded until 1992. Quite honestly, I only have the vaguest memory of working on it in The Lush Garden studio in Los Angeles. I remember that even a few weeks after I finished a piece, it was hard for me to tell what parts I played and what parts were vidna. Aside from the low cello sound from my eMax, and the very slight vocals on the one track, who played what is a blur. That’s cool. It’s a great ambient blend.

I asked Vidna for his recollections on the album… “Back in the days, pre-internet, we traded a lot of tapes by mail. Projects and collaborations took much longer to complete due to the longer waiting times, waiting for the postal system to do their work. When I started to correspond with Sam in the mid 80s (I don’t know really who contacted who), I was very into the albums by his Black Tape For A Blue Girl band. The eerie atmospheres and ambience which surrounding the songs were really mesmerizing and I could hear a blend of Sam’s soundstructures with my ambience. So I sent him sources on tape. But with every collaboration release back then, time moved by before actually something was completed, again due to the slower way of communicating. Meaning that at the moment something came to you or vice-versa, it happened quite often you were already in a different state of mind. When Sam sent the first song, I wasn’t in tune anymore despite Sam’s brilliant interaction and additional performances. Nevertheless we completed the album and decided to release it as a Terrace Of Memories project, rather than a Sam Rosenthal & vidnaObmana album, most likely due to my doubts for the album back then. But with every strong album, my feelings towards this album changed over time and over the course of the next five years I learned to love this album again and it became and still is one of my favorite collaborations I ever done. And believe me I did plenty. Terrace of Memories is a real Sam Rosenthal & vidnaObmana collaboration and I truly wonder why we never did a follow-up. Enjoy.”

“More than ever before, Sam lets his emotions run away on a tide of ambient turbulence. Five drifting movements ride the intake of senses, breathing the air of life and surrounding beauty. As fullsome as the cycle of seasons, cascading visions of past and present contact loop and collide. A very deep personal intrusion into the mind & heart, represented by a dark, mysterious and sensual music. Cast adrift into the caring hands of this truly original and honest artist who not only lives within himself, but sheds his soul through others as well.” – THE EMPTY QUARTER, England 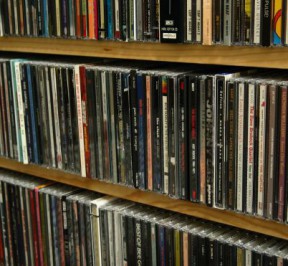 Dec 23: New titles on the shelves in the webstore

We never stop adding new releases to the Projekt webstore. Day and night the elves are scouring the planet for new music that you might enjoy. A full list of of new releases available in the store, here. 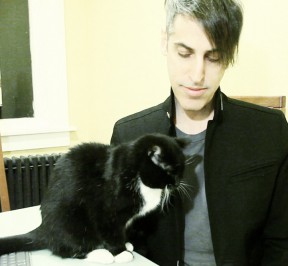 From Sam Rosenthal:       Do you know that Projekt is 30 years old this year? I didn’t really do anything to celebrate…. any suggestions?  I started a facebook thread for this one; go over and post your comments. And also read all the great Projekt memories.       Many suggested I celebrating by putting out a brand new compilation. 30 tracks for 30 years. Yes, wonderful idea, EXCEPT for the costs! I have to pay the bands, I have to pay to make the CD. The last time I put out a deluxe compilation was Projekt 200. It cost over $15,000 to create! It’s a really amazing label retrospective. 3 CDs. Tons of music. Beautiful packaging. Pre-paid all the bands…. And ya know what, almost nobody bought it. : ( I had to throw most of them in the recylcing when the roof collapsed a few years back! I have been selling them off at a loss, just to recoup some of my investment. You can understand why I’m weary of investing a lot of effort and cash into a new deluxe compilation, right? Can I call Projekt200 our 30th anniversary disc, and everyone can go buy that!? I mean have you seen this thing? It’s gorgeous! If you wanna do something for Projekt’s 30th go visit the Projekt webstore and pick that one up for $11!

But enough of the party-pooping! : )

The last few days, I’ve been hand-writing holiday cards to people who contributed to my Remnants of a deeper purity vinyl kickstarter. [ Did you hear? We raised just over $8000. Total success! ] It’s been really fun thinking up personalized messages for all of you, and thinking about how lucky I am that there are people all over the world who care about my art, and want to support what I do.       Over the last ten days, I’ve been messaging with tons of my fans. Part of it was asking them to support the campaign, but it turned into talking about the music, reminiscing about shows, and realizing how much people care about my art.       I have to admit, I feel a bit like Voltaire right now! Have you seen the man’s Facebook page? His fans are loyal, dedicated, and love his work. I am so impressed with how hard Voltaire works for his fans. And the love he receives back for that.       I generally don’t get the opportunity to put in that kind of effort, because I’m busy Projekt-ing all day. But this week has been full of love. And I really feel it. And that feels good. Let’s keep doing that, ok?       Writing these cards has filled me with gratitude for your support over the years. And reminded me that I’m an artist. And I make stuff, and some of you really love it.             For those of you who missed the Kickstarter campaign, but would like to support… you can visit the Black Tape For A Blue Girl Bandcamp page and check out my music. Many are “name your price.” Or go and grab the Remnants of a deeper purity page here on Projekt.             One can spend a lot of time noticing all the destruction going on in the music industry. However, it’s nice to see the other side: the people who care enough about my music to support it in a big way. You people are great. I do appreciate you being there. And I feel a lot better when I’m thinking about the positive side of things.

Thanks for reminding me of that.

In the last two days I’ve gotten a couple of really great emails from Projekt fans, telling me how much they love the holiday releases I’ve put together. Very sweet, I appreciate hearing that. You know, I gotta be honest, Xmas-day music really isn’t my thing. But instead of complaining, In 1995 I started to fix that: Projekt makes the season less glaring and much more warm and sensual with our lovely selection of holiday titles. A lot of darkwave goodness here. Check it out!

In the U.S.A., your order will arrive before Xmas. Not guaranteed for foreign customers (but we’ll try!). 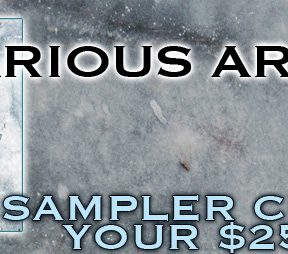 Get a free sampler with your order

While supplies last, we have the No.40|WINTER2014 sampler for you. It is included with every order of merchandise valued at $25 before shipping. Click to see the track list and add it to your cart.