Archive for May 2021 | Monthly archive page 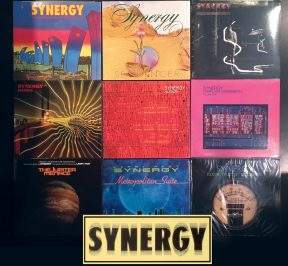 Projekt’s webstore has seen an uptick of CD sales on electronic music. To satisfy your interest we’ve added the catalog of another notable artist to the store. SYNERGY is the creation of American electronic pioneer Larry Fast.

innerviews: Putting a human face on technology is electronic music pioneer Larry Fast’s specialty. Since 1975, he’s released albums under the name Synergy that set new standards for synthesizer-based composition, as well as pushed the technology envelope. Most importantly, the records proved that electronic music could sound just as organic and expressive as anything created with acoustic instrumentation.

All Music Guide: Beginning with the 1975 landmark Electronic Realizations for Rock Orchestra, Synergy explored the possibilities inherent in synthesizer / sequencer technology and digital-studio production techniques, resulting in some of the most inventive electronic music of the ’70s.

Larry Fast is an American synthesizer player and composer. He is best known for his 1975–1987 series of synthesizer music albums (Synergy) and for his contributions to a number of popular music acts, including Peter Gabriel’s first 5 albums, Foreigner, Nektar, Bonnie Tyler, and Hall & Oates. ;

The shimmering electronic textures of the first SYNERGY album in 1975 led to an invitation for Larry to come to Europe and work with the distinguished British-German band Nektar, then enjoying top 20 success in the US. Following an album (“Recycled”) and a tour with Nektar, Larry was contacted by Peter Gabriel who had recently left Genesis. Larry was asked to contribute to Peter’s subsequent solo albums and tours. Larry’s synthesizer playing is heard on all of Peter’s early solo albums, but Peter’s breakthrough albums, his third solo record (the one with “Games Without Frontiers” and “Biko”), and Security (“Shock The Monkey”) feature Larry’s electronic production skills as well as his introducing Peter to programmable drum machines leading to a newfound emphasis on rhythm in Peter’s music.

Larry’s production credits show the influence that his control of music technology has had on other artist’s styles. All through the 1980’s and into the 1990’s Larry has worked with an endless stream of world-class artists and producers, and as a producer himself. Artists as diverse as Hall & Oates, Foreigner, Bon Jovi’s Richie Sambora and David Bryan, Barbra Streisand, Annie Haslam (Renaissance), Randy Newman, Joan Armatrading, Meat Loaf and many others have called on Larry’s talents. In recognition of this expertise as well as being an electronic arranger and sound consultant, Larry Fast/SYNERGY has been the recipient of Keyboard Magazine’s annual award for Best Synthesist. Other projects have included new albums and tours with former Peter Gabriel bandmates Tony Levin and Jerry Marotta performing as the Grammy® nominated Tony Levin Band; as co-writer and co-producer on Annie Haslam’s newest recordings, The Strawbs 50th Anniversary shows, and numerous other projects. Larry has also appeared onstage as a member of Wendy Carlos’ Switched On Bach Ensemble.

Synergy® is a registered US trademark used by permission of Synergy Electronic Music, Inc. 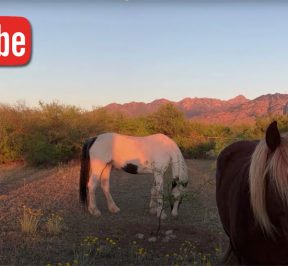 Are you a subscriber to Steve Roach’s youTube channel? If not you might have missed the new videos for his latest Projekt album, AS IT IS. There are many wonderful comments on the clips, too. Do give them a look (ideally on your big-screen TV where they look amazing):

Steve Roach: AS IT IS

What are you saying about AS IT IS?

JD writes: AS IT IS! This is a MASTERPIECE. OH MY GOODNESS. HERE’S MY EXPERIENCE: A momentous journey of courageous directness, exterior and interior movement born from honesty, somewhere between gain or loss, groundless and ground, with every possibility awaiting at the edge of existence, as if the sonic landscape explains itself by the sound traveler’s participation. What is wanting to appear here – at this moment in time? The impeded stream is the one that sings, releasing potentiality from what remains intact of a lifeworld exhausting itself, dying, toward deep contact with space for nuance, creative movement, refuge and liberation.

GM writes: This piece has the absolute integrity of love for me. It resonates with my own deepest song. Not since “Moments in Silence” have I ever been transfixed when listening. Deepest thanks, Steve ☯ Favorite track: Emerging.

BB writes: Contains many classic hallmarks of Steve’s sound through the years yet seems somehow entirely, wonderfully revitalized. And then you get to the incredible last track “Emerging,” which sounds like a vast, epic new direction that’s been in the offing for years. Don’t miss this one. Favorite track: Emerging.

Thank you for supporting independent music. You keep us creative!