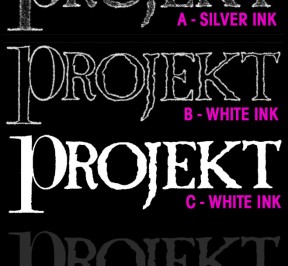 Inside Projekt: Catch up on so much catching up [lots of links!]

So much going on at Projekt!

From Sam Rosenthal: My life has been incredibly busy in the three weeks since Steve Roach received his Grammy nomination for Spiral Revelation. I’ve been contacting press and radio to spread the word, set up interviews, send out promo copies. I’ve also been preparing for Projekt’s switch to a new U.S. retail store distributor; on January 1st Projekt will be with Amplified who fullfill out of AEC/Alliance. I’ve been preparing spreadsheets, one sheets, and planning new releases and relaunches of end-of-2017 titles that kind of fell through the cracks at distribution. November was our Italian Distributor Audioglobe‘s best month ever for sales on Projekt titles! It’s really nice to see Europe coming out of “the crisis,” and buying CDs again. I’m now shipping stuffed boxes to Audioglobe every 6 weeks, half a decade ago it was every 6 months. This is great news! And even though I’ve often complained about the low rates artists get payed from streaming (Spotify, YouTube), it’s starting to add up, with streaming now over 1/3 of what our digital distributor pays. Well, that’s nice.

And over at Bandcamp, Projekt’s download store is very successful! I absolutely love that site, it’s my first recommendation when people ask where they should get Projekt downloads. And we do our occasional name-your-price releases, which bring a lot of new listeners to those titles.

I’ve rebooted the Black Tape For A Blue Girl patron page at Bandcamp. After the kerfuffle with Patreon changing their fee structures (and then withdrawing the #newfees when they realized how bad the idea was), I felt it was time to take the leap and move my patron site to a place where music is the priority. When you place your pledge, you get 9 free Black Tape For A Blue Girl catalog titles, plus an exclusive download of the new album in progress (instrumental mixes). The album is really coming along! My musical portion is nearly done, I have lyrics written for all the songs but one, I worked last week with Brian on drums for “All that I thought I wanted,” and Oscar & Dani are flying to Portland soon to record vocals; that’s thanks to my patrons who helped cover those plane tickets! If you like what I create: get a bunch of free music and show your support at at the BlackTapePatron page.

I have a folder in my email app where I file press, radio & sales that I want to inform you about. That information gets posted on our Twitter regularly, but the over-stuffed folder means it’s been ages since I’ve updated you by email. So here ya go!

Echoes Radio posted a 50 minute interview podcast with Steve Roach, covering a wide range of topics from his recent Grammy nomination to insights from his long and winding life as an artist in sound.

The Best of Echoes 2017 is here! See the complete list including Erik Wollo Different Spaces.  Two weeks ago, Hearts of Space radio featured a track from Different Spaces  on their syndicated show.

Post-punk.com has a “40 years of Goth” post with the essential albums you should hear. Black Tape For A Blue Girl’s This Lush Garden Within is #38, and Lycia’s Cold is #40. They also have it a Spotify playlist, listen to a track from each album on the list.

The Story of Steve Roach’s Structures From Silence is a post on the Projekt site.

A Facebook comment about Projekt’s Excelsis holiday release: Excelsis is available at iTunes, Amazon, Spotify, etc. Because you’re a fan (and maybe already own a copy) you can get it for free (name-your-price) at Bandcamp!