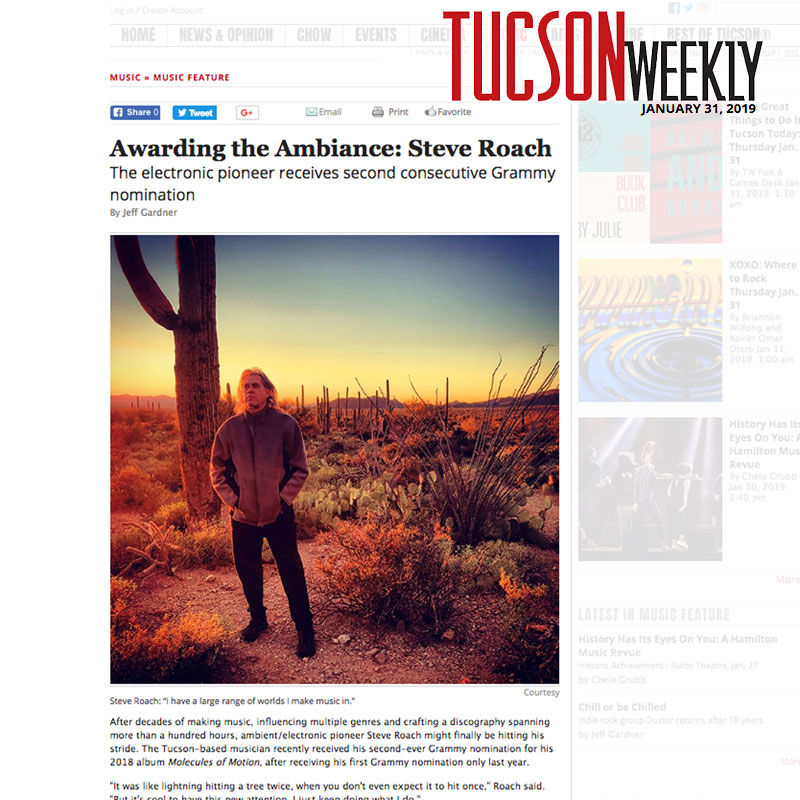 After decades of making music, influencing multiple genres and crafting a discography spanning more than a hundred hours, ambient/electronic pioneer Steve Roach might finally be hitting his stride. The Tucson-based musician recently received his second-ever Grammy nomination for his 2018 album Molecules of Motion, after receiving his first Grammy nomination only last year.

“It was like lightning hitting a tree twice, when you don’t even expect it to hit once,” Roach said. “But it’s cool to have this new attention. I just keep doing what I do.”