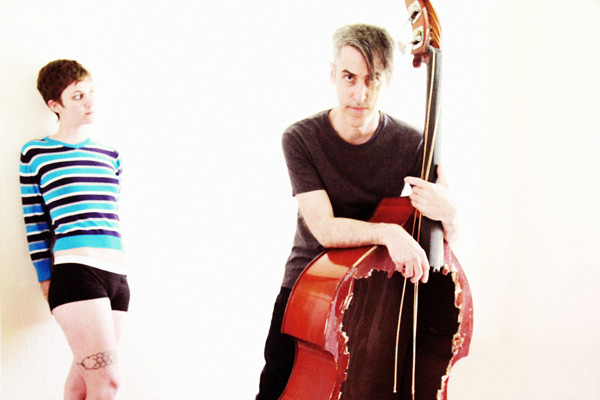 I like creating short headlines in my brain; a string of words that represent a larger concept. Then I can repeat the headline to myself (rather than having to think out every little aspect of the concept) when I want to remember what the hell I am doing!

My new headline is “Two-year plan:” I want to create a lot of Black tape for a blue girl music in the next two years. But before I talk about the future, let me step back into the past.

The core of the recording of These Fleeting Moments began in June of 2014 when I laid down my electronics for “six thirteen.” Friday’s release date marked two years & two months from start to finish on the album.

The last Blacktape album, 10 Neurotics, came out seven years ago. That was way too long ago! I have plenty of reasonable explanations for why it took so long. I wrote my novel Rye. I worked with Nicki Jaine in a side-project, I made the “Marmalade Cat” video and Tenderotics remix album. I toured to promoteRye. I moved to Oregon. I recorded some instrumental albums. I’m raising my son half of every week.

But there’s another bigger part of the delay; it had to do with enthusiasm. At the beginning of this decade I got down on the idea of making my music, as the recording industry entered financial free fall. I would ask myself, “What’s the point of creating art that nobody wants to hear?” I was just burnt out on it all. Though I’ll admit now that the problem was a mistake in perception. It’s not that nobody wants to hear music, it’s that only a select group of loyal people want to pay for music / support the creation of art.

But to make a long story short, contact (via Kickstarter and this Patreon) with people who are dedicated to my art picked me back up. I’ve been in touch with so many of you who love my music and want to see me make more of it. That’s very inspiring.

That gives me back my enthusiasm for making art.

The big change in the music industry in the last five years (aside from plummeting sales) is the growth of streaming. Most casual-listeners-of-music stream tracks these days. Back in 1996, Remnants of a deeper purity sold 16,000 CDs! There were a lot more fans of this genre, a lot more casual listeners. As there wasn’t a simple way to hear this type of music, purchasing was the way to go. While it would be wonderful if all 16,000 of those people still wanted to support my art, I am realistic: they don’t. I understand. I can’t turn back the clock, or tilt at windmills.

People want music. Lots of music. Only some of you want to pay for it (thank you!), and at the moment streaming is what a lot of the people want. That’s reality.

Streaming is an immediate format. It’s like a river, there’s always music rushing by. This led me to realize that I need to create more music, to keep everything flowing. I don’t want to go seven years between Black Tape For A Blue Girl albums. I need to create music regularly, because I’m an artist, and making music is what I do.

The people who are reading this pay attention to what I create, I appreciate that. But we all know about the average attention span of most consumers of media these days: very short.

Like I said, I don’t think seven years until I release more new music is the way to go. Or even every two years. People love hearing new music. This is my idea, the core of the Two-year plan:

Looking at it retroactively, the Bike Shop EP was the first attempt at this concept. It has 4 songs. Only “bike shop/absolute zero” appears in the same exact form onThese fleeting moments. The track “She’s gone” evolved into what you hear on the album. Two are only on the Bike Shop release. I think this is very cool.

Part of what makes this possible is the way the record industry has evolved. It used to be very restricted. Everything was suppose to be focused around THE ALBUM RELEASE. Don’t compete with the album. Don’t distract. Focus two years of energy on one thing. But that’s not the way people ‘consume’ music, these days.

Another thing. Not every bit of music needs a physical release that gets into “stores.” Digital might turn out to be the first priority with the EPs, though I am thinking of something for collectors, too. Perhaps special numbered limited edition CDs. 100? 200? Not sure yet.

I want to make a lot of music. I want to tell you all about this, so you hold me to it! I think it’s worth having an optimistic goal to aim for.

So yeah! I want to create a lot of new music. Write a lot of new lyrics. Give you lots of interesting new things to listen to. That’s all part of my Two-year plan.

Thanks for supporting me in making this possible.

In:Black Tape For A Blue Girl, Blog from Sam, Inside Projekt, Uncategorized