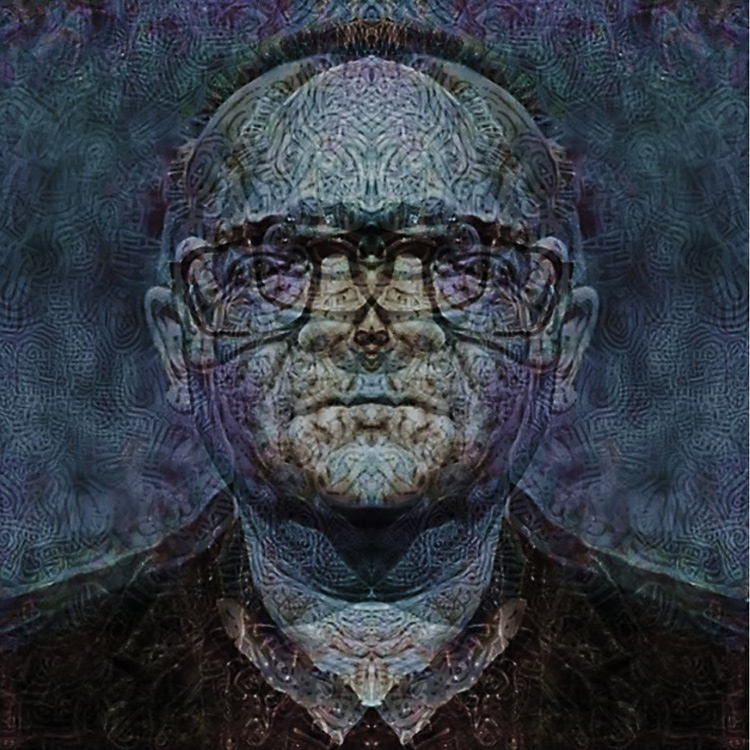 Sean Williams is an award-winning author and a professor of creative writing at Flinders University in Adelaide, South Australia. His book The Force Unleashed (based on the Star Wars video game) is a #1 New York Times bestseller. As a youngster he won the Young Composer Award in South Australia, and in 2017 he received the Australian Antarctica Division’s annual Arts Fellowship to research a novel combining the Heroic Age of Antarctic exploration with H. G. Wells’ The War of the Worlds.

He is also theAdelaidean, a musical moniker referring to the name of his home city. The musical project is so varied that you might think each release comes from an entirely different artist.

“My music suffers from the same problem as my writing, which is that I like to move between genres. I call this a problem, but for some audiences it’s the exact opposite, because it keeps things fresh. The common thread uniting my compositions for Projekt are that they’re all ambient, but while I started with lo-fi/lowercase textures, I’ve definitely been drifting towards cleaner sounds lately. Still slow, moody, patient, with a bit of a dark edge at times.”

There is continuity in the individual recordings, of course, but from record to record there are significant changes.

“Some, like Isolation and Inner Real Life, are conceptually defined early on: both of these albums grew out of exercises in music-creation based on source materials (tapes I recorded in the 1980s and jazz recordings from my father-in-law, respectively). In those cases, the final results grew organically out of the textures that were available. For other albums, like Solarpunk, the unifying theme came later: I think of these albums like collecting a book of short stories, in that individual works may not have been created with a larger purpose in mind, but just such a purpose forms subconsciously around them, and subsumes them, making them part of something much bigger.”

Solarpunk has a lo-fi indie vibe that might seem at odds with the ambient and almost orchestral stylings of other recordings. It is a record that would not be out of place on Canada’s Arts & Crafts label.

“Solarpunk started as an assembly of two-plus hours of fragments that over some months I arranged and edited into what the album is now, a whole thing in its own right. I think of this as a very powerful metaphor for how positive futures come into being, through the efforts of many disparate people towards an end they might not even be aware of, entirely, until it arrives.” 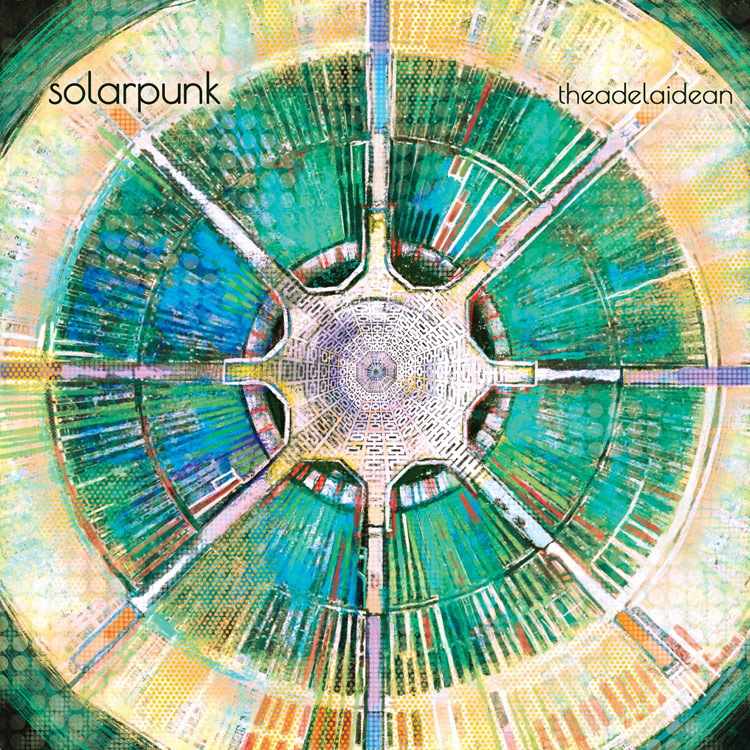 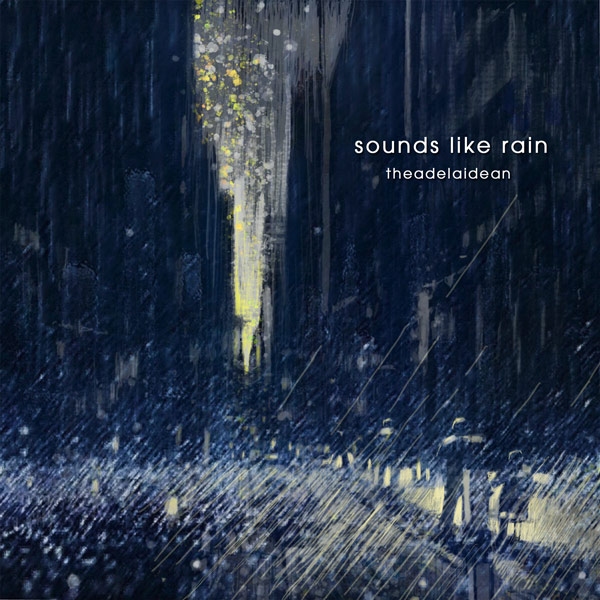 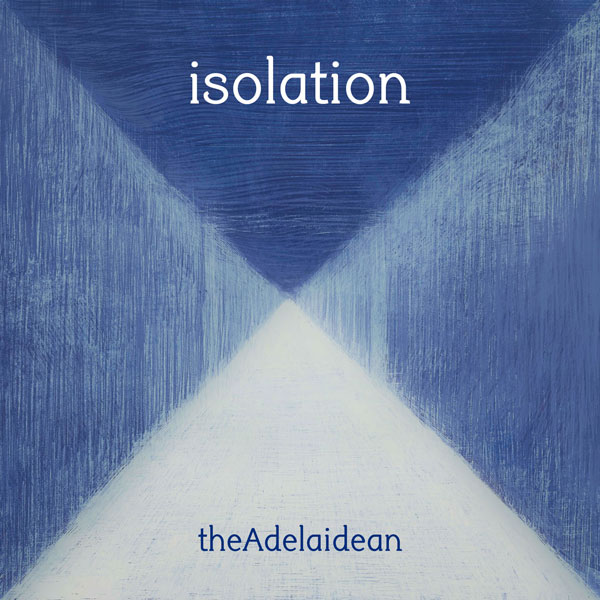 Over the years Williams says he has had a variety of processes which were dependent on the materials he had on hand.

“I’m not a natural performer of any instrument, but I can and do occasionally knock out progressions on a piano if I’m looking for inspiration,” he says. “I also love the timbre of instruments, and I have a background in sound engineering that taught me lots of old-fashioned techniques to manipulate recorded sound, many of which have been baked into DAWs and can still be useful.”

Sometimes Williams starts with a simple loop that he feels has possibilities. Then he works with the other materials and sounds that he has at hand.

“Occasionally I use randomness to get me started or to get something that’s stalled moving again. I’m fascinated by the many different means available of varying existing musical artefacts and using them to build something new,” he says. “There are a lot of common elements that wind through my music, although they’re so mutated that I’d be amazed if anyone has noticed. My process, like my music, is in a constant state of evolution.”

Williams employs a variety of instruments in his releases. On Isolation, he plays piano, autoharp, tuning fork, alto recorder, bicycle bell, windshield wipers and… slinkies. You may notice some of these items are not, strictly speaking, instruments.

“My most recent compositions are made in a mixture of Ableton and Audacity, and I’m still deciding if either of them counts as an instrument, although obviously they’re both crucial to lots of people’s processes, including mine,” says Williams. “Although I studied music composition and found success with formal styles of writing, I regard my explorations through software as being a very slow kind of improvisation, so in that sense I guess my computer is indeed my main instrument. My study just happens to be full of keyboards and guitars and other cool things that I use to get a particular sound evolving in my own fumbling way.”

Williams is something of a gear head but like many of us his eyes are bigger than his wallet.

“Man, I love gear so much, but I’m constantly forcing myself not to buy any. Space is an issue, and so is money, of course, otherwise I’d own one of everything (old and new: I’ve always wanted a sackbut, for instance),” he says. “ I also like to be portable. Next year, I’ll return to Antarctica to overwinter, making an album while I’m there, and there’s only so much gear I’ll be able to take. Laptop, headphones, a mic or two: anything more than that can’t be guaranteed. So keeping it lean is definitely my current philosophy. When I get back, though, and the home studio I’m planning is built, all bets will be off.”

“I’ve always said that just one part of my brain handles the labor involved in each of them, and although that’s probably an over-simplification, I’m sure it’s partly true. All three involve specialist language, and structures, and logics that frequently overlap,” says Williams. “I constantly find myself performing intuitive calculations that draw from each of these fields, to the benefit of the final result, I think. I’m sure I’m not unique in this; I’m equally sure that there are other methods of creation that are just as valid.”

Williams says that, unlike many people he knows, he doesn’t create visually.

“I don’t even ‘hear’ what I’m composing either while I’m composing, in the strict sense of the word. I’m playing at a more theoretical level, if that makes sense (and without wanting to claim any superiority in this approach; it’s just how I work),” he says. “This concept of music-without-sound is something I explore in my novel Impossible Music — and one can see audio-visual outcome of this speculation in a work called ‘vocem video’ (link: vimeo) that I created with Ian Gibbins, an acclaimed visual artist, poet and former neuroscientist. The idea is that you can turn off the sound and still gain a sense of the music from the images alone. That, in fact, was how it was premiered at the launch of the book.”

The name “theAdelaidean”, as noted, relates to Adelaide, where Williams has spent most of his life.

“I was actually born a four-and-a-half-hour drive to the northwest in a country town called Whyalla, but “theWhyallan” didn’t have the same ring to it,” he says.

“Adelaide a large-ish city by international standards (over a million people) but considered small in Australian and has always struggled with its role on the national and international stage. Embracing the arts and arts festivals is a big part of its cultural identity — boasting Australia’s first writers’ week, for instance — but the fact of its remoteness has often made it a difficult draw for visitors from far-off. Like Australians in general, we tend to look outside our local community for new and interesting stuff to celebrate, so we’ve perversely suffered a bit of a creative brain-drain here, despite being in theory an arts-friendly place to live and work. I’ve managed to stay here through an international writing and music career that now spans over thirty years, but I know plenty of creators (those who need physical audiences, for instance) who moved elsewhere and never came back.”

Williams says these facts have given the city an interesting, if frustrating, relationship with the arts. There is a tension that helps the creative process, even if this isn’t always appreciated in the moment.

“Adelaide recently became a UNESCO City of Music, which is exciting, although some of the shine has come off that with the cancellation of our Unsound music festival due to lack of government support,” says Williams. “Recent governments have been ambivalent when it came to supporting individual artists too, such as writers and composers, in favor of larger enterprises — TV and computer games, say, or operatic spectaculars by composers who have been dead for centuries. This is a shame, but maybe that makes us living artists work harder, and better, in order to succeed on our own terms.”

Regardless of the trials and tribulations of the arts in Adelaide, Williams says it has been a great place to grow and develop as an artist.

“The landscape influences me (several of my books in particular). Sometimes the isolation from busier cultural centers like Sydney helps me find my own creative vibe: it’s often easier to find a stillness here that’s missing in big cities,” he says. “The reason why I chose the name ‘theAdelaidean’ for my ambient persona is simply that it’s also the name of the tallest building in town. It was being built when I needed to choose a name, and I thought it would be cool for promo shots — taking an ugly apartment and owning it for artistic purposes. But alas, there’s no big neon sign projecting my brand across the plains. Curse them!”

theAdelaidean’s Solarpunk is available at Projekt’s Bandcamp page, Spotify, Pandora, and all other digital sites.