Created in a single two-hour session two days after his epic May 2013 Ambicon concert, LIVE TRANSMISSION is Steve Roach doing what he does best: creating transcendent electronic music emerging from an elemental, instinctual mode. With months of preparation absorbed into his system, Steve’s slow-flow moods and evocative soundscapes blend with ecstatic rhythmic sections born from hands-on analog sound creation. The result is a direct transference of creative energy from the artist through his instruments out to the listener.

For this 2-CD release, Steve travelled with a portable version of his Timeroom Studio to the San Francisco-based headquarters of internet radio station SomaFM. For the past twelve years, SomaFM’s “Drone Zone” channel has exposed a global audience to the best of electronic excursions with Steve as one of their regularly featured artists. Over the past few years, Soma founder Rusty Hodge and Steve have discussed creating a first-time-ever live electronic transmission directly from the SomaFM home base. As an in-the-studio immersion experience, this event unfolded with a large worldwide audience tuning in; Steve channeled that awareness into this expanded excursion. The set weaves all new soundworlds with evolving themes from classic pieces into a seamless odyssey.

On LIVE TRANSMISSION the musical journey is experienced in its pure form of creation: potent sounds unfolding in front of the listener like an act of nature. Surging heartbeats blend with deep atmospheric cloudbursts and serene moments of repose soon dissolve into shapeshifting landscapes. LIVE TRANSMISSION is the place where Steve’s music thrives, created at the leading edge of now.

A review from Ambient Music Guide 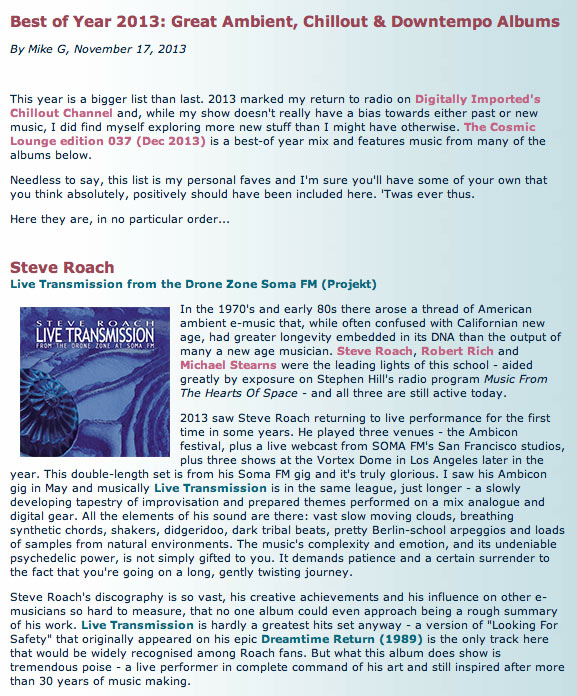 Pretty haunted things, by Unto Ashes at the #Projekt store. https://projektrecords.bandcamp.com/album/pretty-haunted-things