Lycia: A Day in the Stark Corner (CD)

For the first time in a decade, Lycia’s 1993 album A Day in the Stark Corner is back in print on Projekt, now remastered with a bonus out-take from the original sessions. On the follow-up to Ionia, Mike Van Portfleet continues his pursuit of an apocalyptic landscape of extremes in which rich gothic guitars and intense rhythms divulge a world of bleak desperation; with that unmistakeable unnerving whispered voice. Peter Steele of Type-O Negative said about Stark Corner: “Such simple hypnotic beats, everything is drowned in reverb. Yet, the emotion comes through so loud and clear. It’s just devastating, as beautiful as it is devastating.”

Click for A gallery of images from the photoshoot: 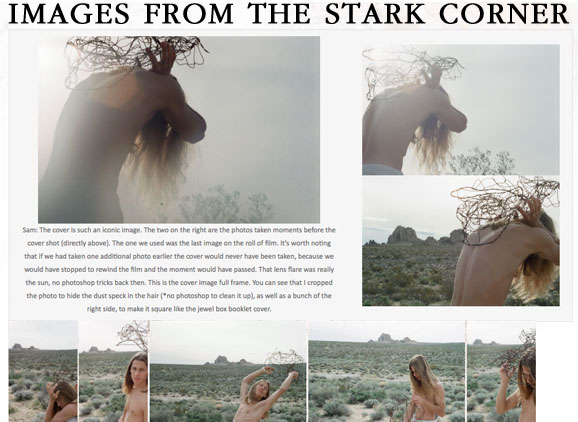 From MK Ultra Issue No. 1, (1995) An interview with Peter Steele of Type-O Negative

Alex: I think the production on Bloody Kisses is a phenomenon!

Peter: You should be familiar with Lycia. It’s dark, ambient goth music. The last album is called A Day In The Stark Corner. I would like our next album to sound something like this. It is the most depressing thing I’ve ever heard in my life. If I put it on in the morning when I get up…I’m useless for the rest of the day. Makes me feel like killing myself. It’s like why even bother getting dressed when I can just slit my wrists. Such simple hypnotic beats, everything is drowned in reverb. Yet, the emotion comes through so loud and clear. It’s just devastating, as beautiful as it is devastating. That’s how I want to come through.
Read a blog of Sam’s memories about Peter Steele


Old information on the Tshirts:

Shirts + CD are available in special combo-pricing.
Use the pulldown (Format: Chose an option) to see all sizes available.