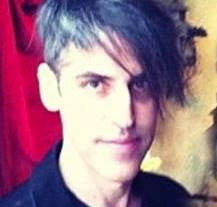 Hi, I want to thank you for your enthusiastic responses to for my recent series of blogs on Projekt and the music industry. I’ve been told that it’s risky to talk about money and units, and what is happening behind the scenes. It pops the bubble, perhaps. But I think the reality of what it’s like to be an artist in 2014 is a story that needs to be told,. So thanks for supporting that “risk taking.” I’m sorry I haven’t had an update on that…. I’ve been in and out of town the last week, and haven’t had a moment to write the next installment. No excuse, I know. I’ll get back on it! 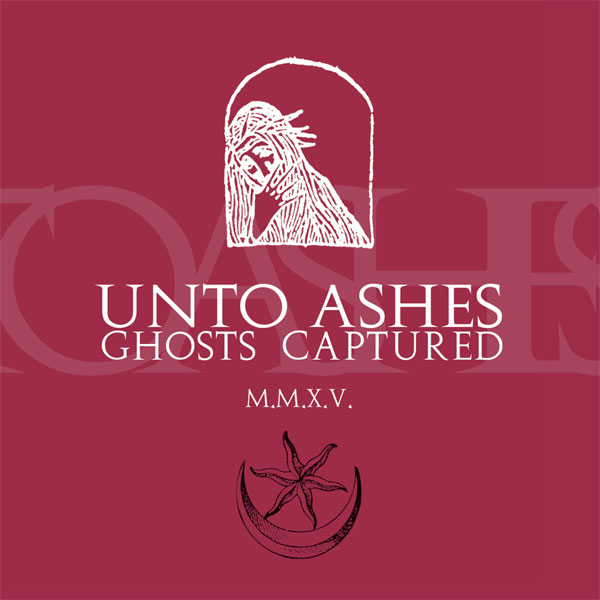 For fifteen years, acclaimed darkwave ensemble Unto Ashes have been unrepentant and uncompromising purveyors of apocalyptic folk, neo-Medieval, gothic, neoclassical, and ethereal music; during that time they have released seven full-length albums and a number of singles and compilation tracks. Their newest release, Ghosts Captured, is easily their most ambitious effort to date. The album contains a total of 25 cover songs (18 on the physical CD and an additional 7 available for free download at Bandcamp), breathing “blood-lit” life into an incredibly broad array of songs from some of the most improbable bands on record.

Ghosts Captured‘s reinterpretations comprise more than 90 minutes of exceptional voice arrangements atop Medieval & Renaissance instruments, acoustic guitar, keyboards, and electronics. With considerable panache, imagination, self-assurance, and verve, Unto Ashes have certainly captured the ghosts of some of their favorite piece

According to Unto Ashes mastermind Michael Laird, the album is entitled Ghosts Captured because, “These songs have been haunting our minds, in various ways and to varying degrees, for years. We’ve always enjoyed the challenge of making covers, but obviously it can be very risky, even to try, because in so many instances the originals can never be surpassed. However, our only intention has been to pay homage to the original creation, to show our respect and admiration. For us, the process of arranging and recording a cover version can take ages, but we do it to exorcise the ghost of that which has continued to possess us. To be obsessed with a song, to listen to it over and over and over, and study it; to break it down and destroy it; to rebuild it and ultimately to make it our own… This is the only way for us to free ourselves from the obsession. Someone said that the only way out is to go further in. That’s what we’ve had to do. The new album presents the vehicles of our release from songs that have been echoing relentlessly through our minds for so long. They are all ghosts, captured.”

Read the full the description at Projekt.com

Through the end of today (Monday), try before you buy.
Stream the whole album (and then purchase for $10) at Bandcamp

Conjuring images of a primal futurism, this alchemical blending-of-sound is a ceremonial offering to the forgotten gods. The Ancestor Circle is a new tribal-ambient-electronic collaboration, the first recording from Roach & Reyes since Vine ~ Bark & Spore (Timeroom 2000). This is the lost chapter of a long soulful journey that has taken twists and turns in its unfoldment. The music feels steeped in a frothy mind-altering blend, waiting for years as the potency increased. Roach & Reyes combined their instinctual nature — developed over almost a decade of worldwide live and studio adventures — leading up to the core of what became The Ancestor Circle. It is in this circle that their sound is unearthed from deep within their primordial soundworld, where prehistory meets future-tech creating a sound impossible to carbon date. Like the audio artifacts of a lost tribe, the studio source recordings that form this album’s foundation were uncovered in 2013 on a cryptically-marked set of tapes. Created the week before Roach & Reyes’ May 2000 concert at Tucson’s Temple of Music and Art, this is their last joint studio project as Reyes passed on to The Ancestor Circle in 2009.

Roach comments, “Jorge is still very much alive here in the circle where we always met with an unspoken language of sound constantly moving through us. As I completed this music now, adding new elements and evolving the arrangement, I could feel Jorge’s spirit listening and interacting with me in the studio, offering feedback or sometimes making his guttural sounds of agreement like he would do in the past when we were deep in the process of carving on a mix. Just as in previous magical studio and stage experiences, we are in the circle once again.”

Read the full description at Projekt.com 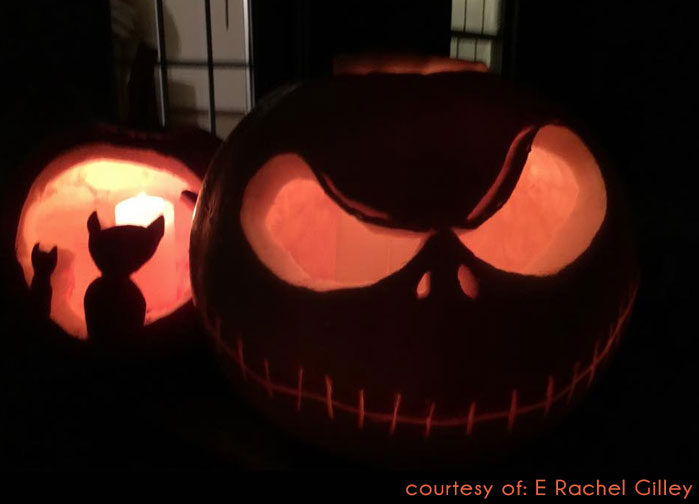 If this will offend you, please feel free to skip this section.

A few people mentioned that they miss my political rants. It is true that I’ve stripped these opinions out of the eList for quite a long time. Prior to George Bush stealing the 2000 election, I put a lot of energy into why I thought Al Gore would be better for America (maybe we’d be doing something about Climate Change by now, yeah?). But instead, we got what the Supreme Court wanted us to have. Ok, blame the judiciary. But this time, we have nobody to blame but ourselves. The party that has said “No” every step of the way for the last six years, the party that has no ideas, the party that wants to make life better for their corporate overlords (while worse for you and me) is about to be given full control of Congress. Do you hear the calls for impeachment yet? You will, my friend, you will.

Well… what can you do?

You can vote! Are you going to the polls, to make a difference?

We get the democracy that we desire.

I cannot believe that the Congress is about to have a Republican majority in both houses. It will be the result of the non-stop campaign of lies coming from the G.O.P. They know the more they lie, the more they encourage hate for the government, the more opportunity they have for their true agenda. Screwing all of us!

From every indicator, the country is better off than when Obama took office, and yet the majority of Americans believe things are worse than 6 years ago. Why? Faux Lies. “Here’s another irony: With the annual budget deficit down two-thirds from what it was when President Bush left it, people think it’s worse. … That last one is not a poll of opinion, that’s a poll of people’s understanding of basic facts. The deficit is way, way, way, way down, but people think it’s up.” From Esquire.com

And what’s even worse, people think the Republicans are more likely to have our best interests at heart, and will work to make our lives better. Hold on, let me catch my breath from the laughing. While it is true that both parties are ultimately beholden to big business, at least the Democrats are more likely to try to make our lives better. The Dems have a few good ones in there, such as Elizabeth Warren (who should be the next president!) and Al Franken.

I’d also like to point out (as Warren would) that while the G.O.P. blames Obama for the loss of good jobs in America, the true culprit is the corporations and their rich stockholders. There is no longer any incentive to keep jobs in America. They want to outsource so they can pay less, while hiding their profits overseas. And screw all of you! Where are all the good jobs? They’ve all been shipped to China, man. Why? So Mr. 1% can make more in his portfolio. Screw the people, it’s the Rich that must be kept happy.

We created this culture, you know?

If it were up to me, I’d ban all companies who don’t pay their taxes in the U.S. Who needs them? They love making money off Americans, but they hate paying their taxes and supporting the country that makes them rich. You call that ‘patriotism,’ my friend? I call that being a greedy ba$tard with nothing but self-interest as motivation. Corporations suck. They want to suck you dry. And then the Republicans will Ayn Rand you, and tell you to pull yourself up by your own bootstraps. Nice little racket they got going there.

Wow, how short our memory is! It is hard to imagine this could be printed anywhere other than an ONION article: “Republicans said the onus would be on Mr. Obama, faulting him for being unwilling to accommodate the opposition.” From The New York Times. What? Obama is the problem? Lies! But reading the quote carefully, I think what the Republicans actually mean by “accommodate the opposition” is “do exactly what we want, our we’ll shut the government down.”

On Facebook, a few people replied with the meme that it’s both parties fauly. It would be nice to spread the blame around, but it’s just not true (another Republican lie, imagine!). From Day 1, the Republican’s plan was purely: “Don’t let the Black guy get anything he wants.” It’s a surprise that Obama has achieved as much as he has. Biden: Mitch McConnell vowed no cooperation with the Obama administration from the get-go. From Daily Kos

BUT the fact is most Americans are sheep. They believe the Faux News, and are going to give the Republicans MORE POWER, rather than punish them for

Ok. Now that I’ve pissed off 50% of the people reading this list. I’ll shut up with the politics, and get on to two great new Projekt releases… : )

New video from Makaras Pen from the JOURNEYS TO THE END digital-only release.
Watch http://www.youtube.com/watch?v=gU0rHgCaXSY

Evaderon is a free iPhone game, and short soundtrack, from Shikhee of Android Lust. Download: from Android Lust

Cheers to Steve Roach for topping Echoes’ 25-Year Listener’s Poll. You guys helped out with that; cheers for your support, as well!