Mirabilis: Here and the Hereafter 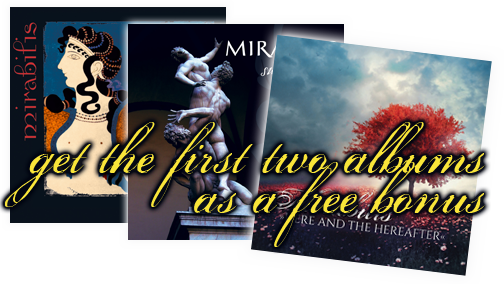 While supplies last, your purchase of Mirabilis’ »Here and the Hereafter« includes their first two albums for free!
To save on shipping costs, the two additional CDs will not be in jewel boxes. Their barcode will be struck.

Submerse yourself in the third ethereal/darkwave foray from Mirabilis featuring Dru Allen and Summer Bowman, two of the genre’s most-celebrated vocalists. As Mirabilis, these women go beyond the rock-hued sounds of their respective bands (This Ascension/Mercury’s Antennae and the Machine in the Garden) to create beautiful, vocal-centered originals alongside reinterpreted pieces ranging from medieval to pop.

As on their previous Projekt releases, 2004’s Pleiades and 2008’s Sub Rosa, Allen and Bowman weave their signature heavenly voices into a lush bed of dream-like harmonies amidst understated electronics, acoustic instruments, and majestic percussive elements. Their most diverse work to date, Here and the Hereafter transcends genres from cinematic, orchestral pieces to traditional folk and chant to spoken word. Accompanied by instruments including hammered dulcimer and recorder, these 16 tracks — with roots as diverse as Bulgaria, India and Japan — span ages and cultures, reality and dream.

The album marks the band’s first composition with long-time inspiration Monica Richards (Faith and the Muse), who writes and sings on the piece “Here and Hereafter.”

Though brimming with musical styles and instrumentations, ultimately it is the exquisite interplay between the two vocalists that serves as the driving force on Here and the Hereafter. The vocals serve not just as conveyer of lyrics but also as a distinct instrument unto itself. This is a spellbinding, affirming work that transports the listener on a sweeping, emotional journey. 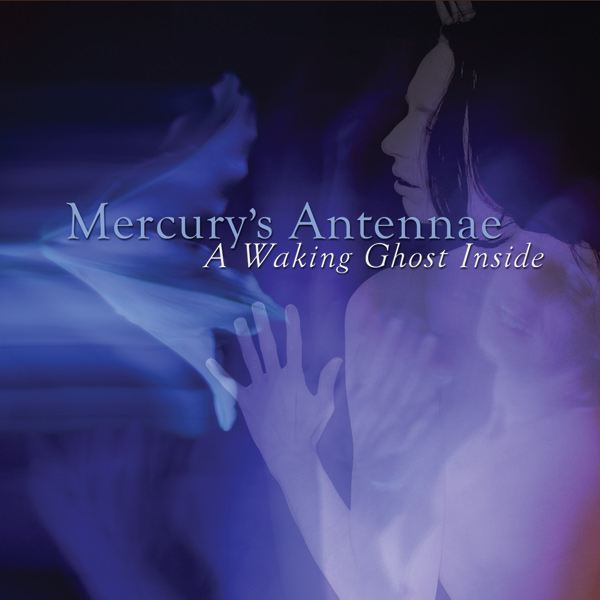