People often ask if I am going to put out something from Black tape for a blue girl on vinyl. In fact, there was vinyl years ago for the first two albums. But that was a different era, and now it’s time for us to put out vinyl again. When I say “us,” I mean you and me; because together, we can make Remnants of a deeper purity exist on vinyl. It’s your support at Kickstarter that will raise the money so this project can happen.

Listen to some tracks from the album on our bandcamp page.

Blacktape’s 1996 Remnants album is the best seller for the band; and not only that, recently on Facebook the fans voted it their favorite album. It’s the perfect release to put out on vinyl. Keep in mind that the Kickstarter only works when we hit our $7000 goal. So it’s your support, and spreading the word, that is going to get the album funded. 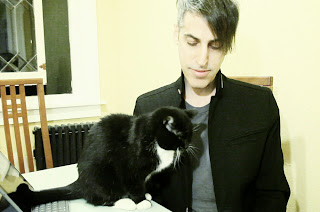 The music business has changed drastically in the 17 years since the release of Remnants. The way I see it, (for underground artists) the music business is now a patronage system. Instead of Kings supporting the arts, you – the fans – are the patrons of the art you love. I have created three Kickstarters – all of which have funded – and I am amazed and thankful to have fans like you who care enough about what I do to support my art.

Back in 1996 when I recorded Remnants with Oscar, Lucian, Vicki and Mera, we had no idea the album would touch so many people and have such a lasting impact. It feels really great to be here, almost 18 years later, getting ready to celebrate Remnants again. Join us at Kickstarter

Thanks so much for your help in that.