Forrest Fang — Q: What is the Marxolin ?

Forrest Fang’s The Sleepwalker’s Ocean (2-CD) is the #1 seller (of the past 30 days) in the Projekt webstore. This very cool hypnotic deep-ambient exploration CD is limited to 300 physical copies. It’s also available for download at Bandcamp. 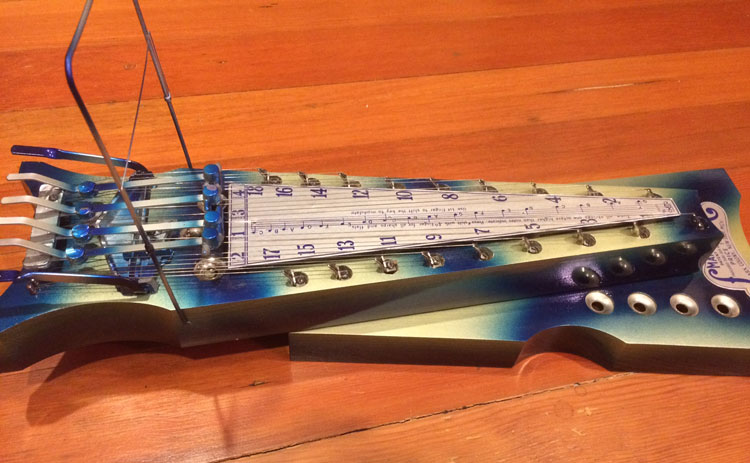 kjb wrote “OK, I took the bait. The list of instruments on The Sleepwalker’s Ocean ranged from typical to Mediterranean-like names, but I had to look up what a Marxolin is. Great thing about Projekt music is all the literary references and oddities contained therein.”

I asked Forrest to tell us more about the Marxolin:

The Marxolin is anan instrument which appears occasionally on my albums, including my latest one, “The Sleepwalker’s Ocean.” The Marxolin was a zither-like folk instrument created in the early 20th Century by inventor Henry Marx, and was manufactured through his company, The Marxochime Colony, in Troy, Michigan. The instrument was marketed to farmers by travelling salesmen who trumpeted its ease of use, but I find it hard to imagine that anyone had an easy time playing them. Ideally, the chords are to be played with little hammers while a bow plays the melody on individual strings. Not easy to do, as I have found. I’ve always had a weakness for unusual musical instruments, beginning with a plastic hose from a vacuum cleaner I had while in college. I picked up my Marxolin when an online retailer was liquidating the few instruments remaining in the Marxochime warehouse. Above is a picture of it on my living room floor. Mine was probably a late model. You can hear me play the hammers from the Marxolin on “Gone To Ground” from the new album. Thanks for your interest.

The Sleepwalker’s Ocean is a hypnotic deep-ambient exploration through the fantastical, elusive realm of the subconscious. Disc 2 is a first for Fang: a 54-minute electronic landscape that explores an interior world of elusive and impressionistic thoughts and images. Embracing the American minimalists and ambient soundscape artists, Fang blends electronics with acoustic instruments within a framework influenced by traditional Asian music. Purchase a copy today.

The following was part of the post the weekend of January 8th. The promotion has ended. Thanks to the 600 people who downloaded. 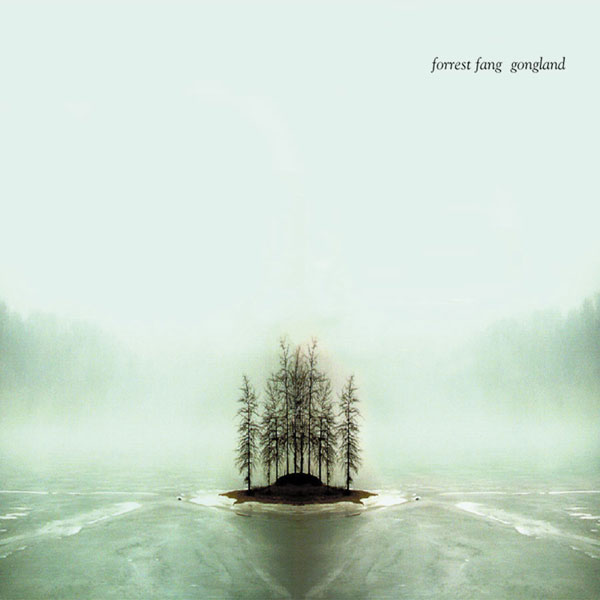 One of the fun things about running Projekt Records is introducing people to great music; hearing is believing! With that in mind, through Sunday evening I’ve made Forrest’s 2000 release, Gongland, a name-your-price download. Gongland was his first CD on Projekt (though he released 7 albums before it); you should hear it.

“On Gongland, Fang produces soundscapes suffused with peace and a sense of floating and drifting beauty that are wondrous to explore.” – Alternate Music Press (Ben Kettlewell)