Move over Santa, Baby: Why the weird festive album is going to save Christmas

Ed Power from UK’s The Independent contacted Sam for a Friday December 24 2021article on non-traditional Christmas releases. One of Sam’s answers made it in. Below is the full interview. 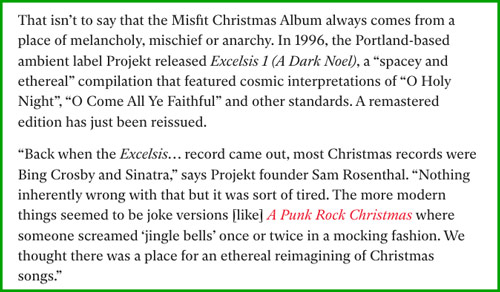 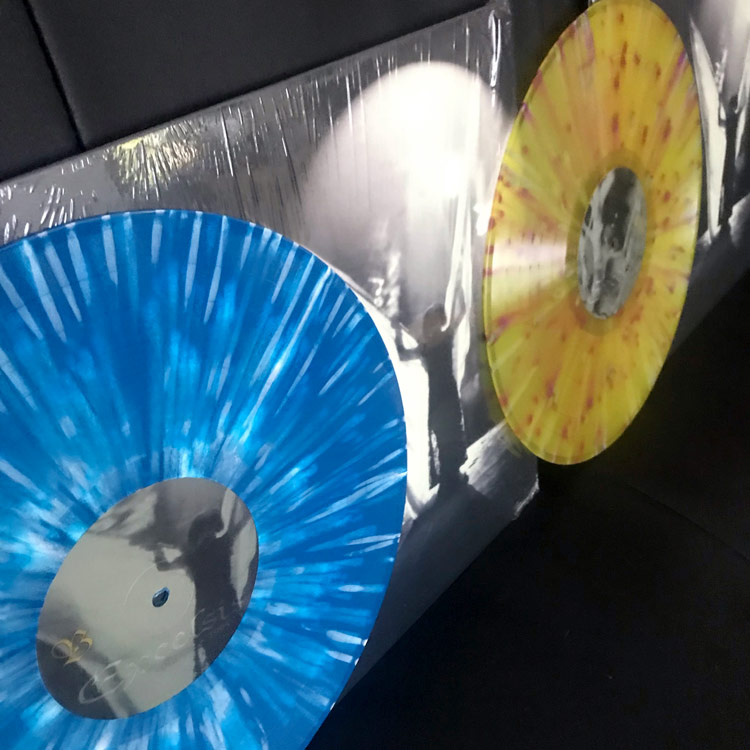 The original Excelsis idea was conceived in 1995 by Projekt’s Promotion Director, Patrick Ogle. Pat ghost-wrote these answers and then Sam embellished. Excelsis ~ a dark noel has been reissued for 2021 in a remastered CD and LP edition.

1: What made you want to come at Christmas from a different angle?

Back in 1995 when the Excelsis ~ a dark noel record came out, most Christmas records were Bing Crosby and Sinatra. Nothing inherently wrong with that but it was sort of tired. The more modern things seemed to be joke versions — “a Punk Rock Christmas” where someone screamed “jingle bells” once or twice in a mocking fashion. We thought there was a place for an ethereal, gothic and darkwave-styled reimagining of Christmas songs.

2: Is it a challenge putting together music that has something “new” to say about Christmas

Yes and no. Some people just took the idea and ran with it. Others had a harder time. That is what a concept compilation comes down to really — the artists. We had a good group.

3: To what extend did you want people to see Christmas from a different perspective?

It turns out they wanted it because the Excelsis ~ a dark noel record came out in November of 1995 and within a year it was the best selling record (up to that point) on Projekt. For 2021 I’ve reissued the CD and also put it out on vinyl for the first time. The ’99 follow-up Excelsis ~ a winter’s song did quite well too.

4: How important is sincerity in a Christmas record? There are twinkling of Christmas spirit throughout the project – was that something you were keen to include?

Honestly? We didn’t mention sincerity to the artists at all. We tried to get across the notion that this wasn’t a “goofy greats” record making fun of the holiday but rather embracing it. Does a song from “The Grinch Who Stole Christmas” require sincerity? Or religious fervor? No! But you have to embrace the song and the season to do it well… and the same is true with the traditional songs.

5 Christmas can be challenging for many people – did you want to address that with the record?

Music can help people get through hard times in their lives and when most musicians stop to think about it they probably HOPE that someone takes something from their music — that it helps the listener in some way. Even if that is just making them happy for 3 minutes. That said there was no set motive to chase away Christmas depression (something I’d add that wasn’t talked about much 25 plus years ago). I certainly hope these records helped people who were feeling down over the holidays.