Archive for the ‘Live’ Category 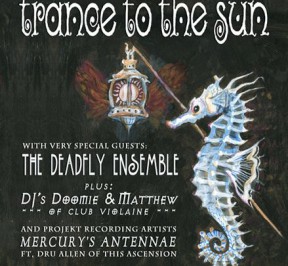 In Concert: Trance to the Sun, Mercury’s Antennae & the Deadfly Ensemble

Friday May 2nd @ The Complex in Glendale, CA

On the road supporting their limited edition debut CD A Waking Ghost Inside (The #1 seller in Projekt’s store for April). Purchase CD at Projekt | Download at Projekt’s Bandcamp Store.

Fri May 2 @ The Complex in Glendale, CA w/ the Deadfly Ensemble & Trance to the Sun See full details above. website | Facebook Event Page

Trance to the Sun

Friday, May 2 @ The Middle East in Boston, MA Saturday, May 3 @ Nauticon in Provincetown, MA website 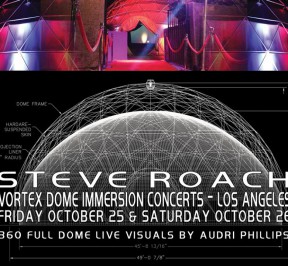 Hey Los Angeles! I’m going to be at all of these shows. See you there. – Sam. Steve’s Oct 25 & 26 Los Angeles Dome Concerts have limited seating and tickets are selling fast. Tickets: http://www.eventbrite.com/event/7895508679/efbevent

NOIR’s album Darkly Near ships in late August (pre-order for $14 at Projekt). 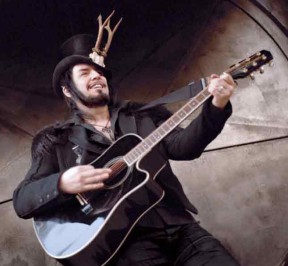 Out of the Blue and Into The Black

This was written in 2010, about the Projektfest in Philadelphia. There was before the line-up revamp; still of interest.

BROOKLYN, N.Y. – “When I started Projekt,” comments label-founder Sam Rosenthal, “I never expected that 27 years later I would still be at it, still releasing amazing music, still making fans, and performing live on a regular basis. The music industry is a mess of corporate interests, run by people with no passion for art, only passion for money. Projekt is my way to make my art – and the art of bands I love – available for people who still have passion for music.”

Rosenthal brings that enthusiasm and love to Philadelphia July 30 and 31 for Projektfest, the 9th label festival and the first since their day-stage at the 2007 BlackSun Festival. Projektfest’10 will be a weekend of dark rock and indie music presented in conjunction with Philadelphia’s long-running Dracula’s Ball (details at projekt.com/projektfest). Through June 15th, they are offering a special 30%-off combo ticket price of $39.99.

The festival features a sampling of artists from the Projekt’s roster including Rosenthal’s own Black Tape For A Blue Girl, Lovesliescrushing, Unto Ashes, Weep, Makaras Pen, The Twilight Garden and others.

For those of you unfamiliar with Projekt, it is America’s premier independent label specializing in passionately intense music in the darkwave, shoegaze, ethereal, goth ambient, and darkCabaret genres. Past highlights include Voltaire, Lycia, Love Spirals Downwards and Android Lust.

Projektfest is a hands-on event for Rosenthal, a light-hearted guy with a casual manner and an easy smile. He is organizing the fest himself with the assistance of Shea Hovey, who has been his assistant, label-manager, and sounding board since she started at Projekt as a mail-order clerk in 2001.

“I’ve navigated the waters of the music industry for most of my adult life,” Sam says. “I love what I do, and I’ve got it to the point where the label and mail-order company are fun to work at and provide a minimal amount of Drama. I am releasing Projekt’s 245th CD this year; I have not succumbed to the downward spiral that prevades most of the industry. I struggle with how to make ends meet in the current reality, but I am kept interested by the great music that I get to release and the appreciation of the fans of that music. Actually, the label is more profitable than ever. Why? Because we love what we do and we keep in touch with our fans. People have this idea that musicians are aloof and unapproachable. My idea behind the festival to break down the barriers and bring the fans and bands together.”

Projektfest’10 will introduce the label’s newest signee, Weep, the musical side of Doc Hammer, co-creator of Cartoon Network’s The Venture Bros. Worn Thin, the first full-length from the New York City band, takes their aggressive and firmly pop-structured songs to a place of heightened grandeur within Weep’s guitar and drum-driven dark rock sound.

Another newcomer is Makaras Pen. Doug White – founder, guitarist and songwriter from Projekt’s now disbanded Tearwave – builds on Tearwave’s sound, walking the line between shoegaze and indie rock with a strong dynamic of crushing guitars and delicate female vocals.

Unto Ashes has been with Projekt since 1999. They haven’t played live since the 2007 Projektfest, so this is an opportunity for Michael to present the dark neo-folk sound that graced the recent The Blood of My Lady CD.

Projektfest’10 features a rare appearance from space/shoegaze/drone progenitor Lovesliescrushing, one of the “original Projekt bands” whose first release was in 1993. Scott Cortez’s guitar is processed nearly to the point of unrecognizability, leaving behind veils and walls of shimmery droning bliss. Melissa’s glossolalic female voice glides spectral and luminescent through the walls of sound; sheets of noise; glossy, ethereal. Lovesliescrushing makes noise sound beautiful.

The first Projektfest was held in 1996 in Chicago, where the label was then based. Several festivals followed, including Philadelphia in 1998 and 2002, as the label moved to the East Coast. Rosenthal took a break from the 2-day festival after 2002 to focus on raising his son. Black Tape For A Blue Girl’s tour earlier this year brought out the festival-itch, and Rosenthal began making arrangements for its return.

“It is great to meet the people who have passion for the music I release. I throw these festivals to bring us all together, to give the fans great music and give the bands a chance to connect to fans of other label acts. I plan to have lots of places at the festival where the artists and audience can interact, to make it more than just a show, it’s an interactive experience.”

Keeping with this philosophy, Projektfest’10 kicks off with a “Meet Up” at its official hotel, The Hampton Inn, on Friday at 2 p.m. The Meet Up, which runs until the festival door time of 7 p.m., offers an opportunity for fans, artists, and Projekt staff to meet and mingle prior to the show. The main show will be held at the nearby Trocadero Theatre. Fans gather again on Saturday at the Hampton Inn, which will host a Day Stage and Merchants Bazaar from 11 a.m. to 5 p.m. Saturday Night is Dracula’s Ball, a gothic/industrial dance night that will feature live performances from legends My Life with the Thrill Kill Kult and Lords of Acid. The Digital Ferret record store will host a pre-event on Thursday.

“Hosting a label festival is really a blast,” Rosenthal said. “Hanging out with bands I usually only communicate with by email. Meeting the label’s fans. We sold a pair of tickets to a couple from Anchorage Alaska and also to two guys from Mexico City. That’s dedication to the music! Our fans stick with us because they know we’re the real thing, we’re doing this out of our love of the music. See you in Philadelphia.”