Black Tape For A Blue Girl Kickstart their new album 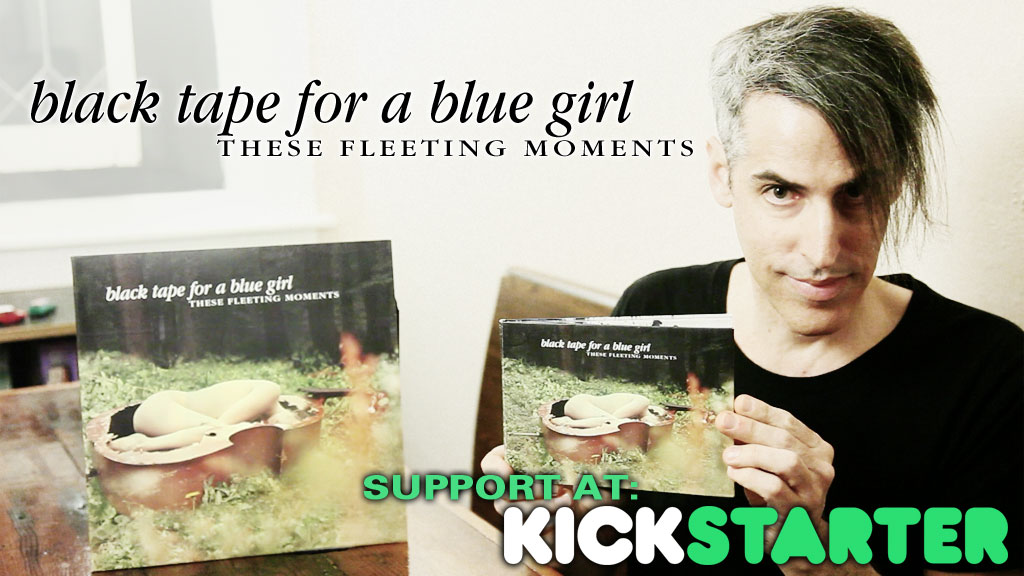 The Kickstarter for These fleeting moments is now live

Watch the video and please make a pledge!

I’m so excited about this album. It turned out great. Oscar Herrera is singing again after a 17-year retirement and he sounds amazing. I have been a fan of his voice since I first saw his band in the early 80s, so it’s especially monumental to me that he’s singing my music again. His involvement allowed me to write the type of songs I know only Oscar could perform! He suggested his daughter Dani as the band’s female vocalist, and it was a great idea. Their voices work nicely together, and she touchingly delivers a number of songs on her own. You know I’m big on family, so that connection is extra cool.

Listening to your comments over the years regarding what you like about my work, I think I’ve created an album that is a perfect follow-up to the releases from the 90s. There’s nearly 25 minutes of instrumentals, there’s strings, there’s deep personal lyrics reflecting on life, there’s ethereal & neo-classical, there’s dramatic and emotional vocals, and some old synths that I haven’t used in forever.

Pledge your support at Kickstarter: http://kck.st/1NAqsMO