An Xmas gift: Terrace of Memories (name your price)

This is a limited time thingie, go over to Bandcamp and grab it today!

Hi — the year is quickly drawing to a close! This past week I was busy writing holiday cards to the extremely cool people who contributed to the Remnants of a deeper purity vinyl Kickstarter campaign. You know who you are, and you’re all cool.

While I was writing those cards, I was thinking about what might make a nice gift to give everyone, for making this a great year. And I settled on my 1992 collaboration with vidnaObmana: Terrace of Memories. It’s one of the many lovely albums from the 90s that has gotten “lost” over the course of time. There’s so much great music out there to chose from, how are you going to discover an album from 21 years ago? 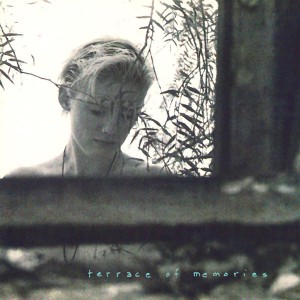 Well, the best way is to get it as a gift.

For a limited time, you can have this download at Bandcamp for as little or as much as you want to contribute. It could be zero, it could be a buck. Or five. Whatever you chip in is appreciated.

As far as I can recall, I began working on this collaboration with vidna after the recording of A chaos of desire. Dirk sent me cassette tapes of music, and I worked on my 8-track. I believe the first track was “Of silent crossings” and I was very pleased with the result. But then I got distracted by other projects, and the tapes were pushed to the back-burner and the album wasn’t concluded until 1992. Quite honestly, I only have the vaguest memory of working on it in The Lush Garden studio in Los Angeles. I remember that even a few weeks after I finished a piece, it was hard for me to tell what parts I played and what parts were vidna. Aside from the low cello sound from my eMax, and the very slight vocals on the one track, who played what is a blur. That’s cool. It’s a great ambient blend.

I asked Vidna for his recollections on the album… “Back in the days, pre-internet, we traded a lot of tapes by mail. Projects and collaborations took much longer to complete due to the longer waiting times, waiting for the postal system to do their work. When I started to correspond with Sam in the mid 80s (I don’t know really who contacted who), I was very into the albums by his Black Tape For A Blue Girl band. The eerie atmospheres and ambience which surrounding the songs were really mesmerizing and I could hear a blend of Sam’s soundstructures with my ambience. So I sent him sources on tape. But with every collaboration release back then, time moved by before actually something was completed, again due to the slower way of communicating. Meaning that at the moment something came to you or vice-versa, it happened quite often you were already in a different state of mind. When Sam sent the first song, I wasn’t in tune anymore despite Sam’s brilliant interaction and additional performances. Nevertheless we completed the album and decided to release it as a Terrace Of Memories project, rather than a Sam Rosenthal & vidnaObmana album, most likely due to my doubts for the album back then. But with every strong album, my feelings towards this album changed over time and over the course of the next five years I learned to love this album again and it became and still is one of my favorite collaborations I ever done. And believe me I did plenty. Terrace of Memories is a real Sam Rosenthal & vidnaObmana collaboration and I truly wonder why we never did a follow-up. Enjoy.”

“More than ever before, Sam lets his emotions run away on a tide of ambient turbulence. Five drifting movements ride the intake of senses, breathing the air of life and surrounding beauty. As fullsome as the cycle of seasons, cascading visions of past and present contact loop and collide. A very deep personal intrusion into the mind & heart, represented by a dark, mysterious and sensual music. Cast adrift into the caring hands of this truly original and honest artist who not only lives within himself, but sheds his soul through others as well.” – THE EMPTY QUARTER, England