The Story of Structures 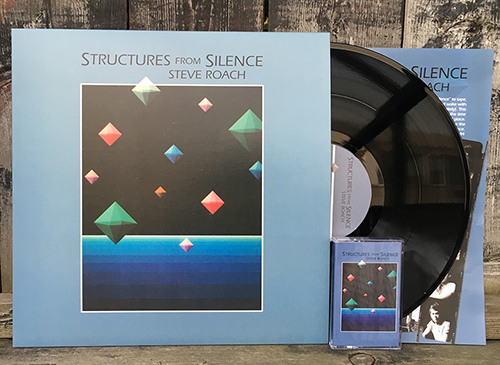 For several months before actually committing the title track “Structures from Silence” to tape, I would live with the music throughout my daily activities. Often I would sleep and wake with the music playing (since it is stored in the computer memory, it can play indefinitely). This gave me the opportunity to fine tune the piece to a very sublime level. At the time I did not listen to any other music. I also spent much time in silence, a beautiful place. Feeling the music move through that space was vital in its development . . . For me the essence of this music is what is felt when it ends, a returning to the silence.
Steve Roach, 1984

The return to vinyl

Thirty-three years after its release, Structures From Silence returns to its vinyl origins. Steve Roach talks with Ambient Music Guide’s Mike G about the sublimely meditative album’s creation and reflects on this bona fide ambient classic.

With his distinctive mélange of analog and digital synthesizers, acoustic instrumentation and imaginative soundscapes, American composer Steve Roach is a giant in modern ambient music and one of the most respected electronic musicians in the world. Active since the late 1970s, Roach has an enormous discography of solo albums, collaborations and compilations; his range of styles and influence is vast.

1984’s Structures From Silence marked a move away from the sequencer-driven, kinetic Berlin-school trance of his earliest releases toward an album-length foray into beatless ambience. There are just three pieces – all extraordinarily delicate. The slow-motion melodic strains of the 30-minute title track, in particular, breathe with exquisite gentleness.

Roach’s music is part of a wider progressive, electronic-ambient movement that rose concurrently with the new age scene on America’s West Coast during the 1970s and 80s. Initially the pathway to the audience was neither through an artist nor a record label, but a radio show: Music From The Hearts Of Space. This groundbreaking public radio program was founded in 1973 in San Francisco by sound designer, producer and former architect Stephen Hill and the late Anna Turner. In 1983 it went national and is still on the air today. Although it was not the only radio show of its type, its influence and importance cannot be overstated – both its role in the development of American-based electronic artists and the part it played in bringing ambient styles to a wider audience.

By the 1980s this California-based scene was rich with adventurous musicians giving birth to an extraordinary new direction in music. It was within this creative ferment that Structures From Silence was birthed. Roach says, “That time was exciting. All that mattered to me was living inside this soundworld I was discovering and wanting to share with those who were open to it. I was creating from a purely instinctual place; I had no concern of genres or boundaries.” 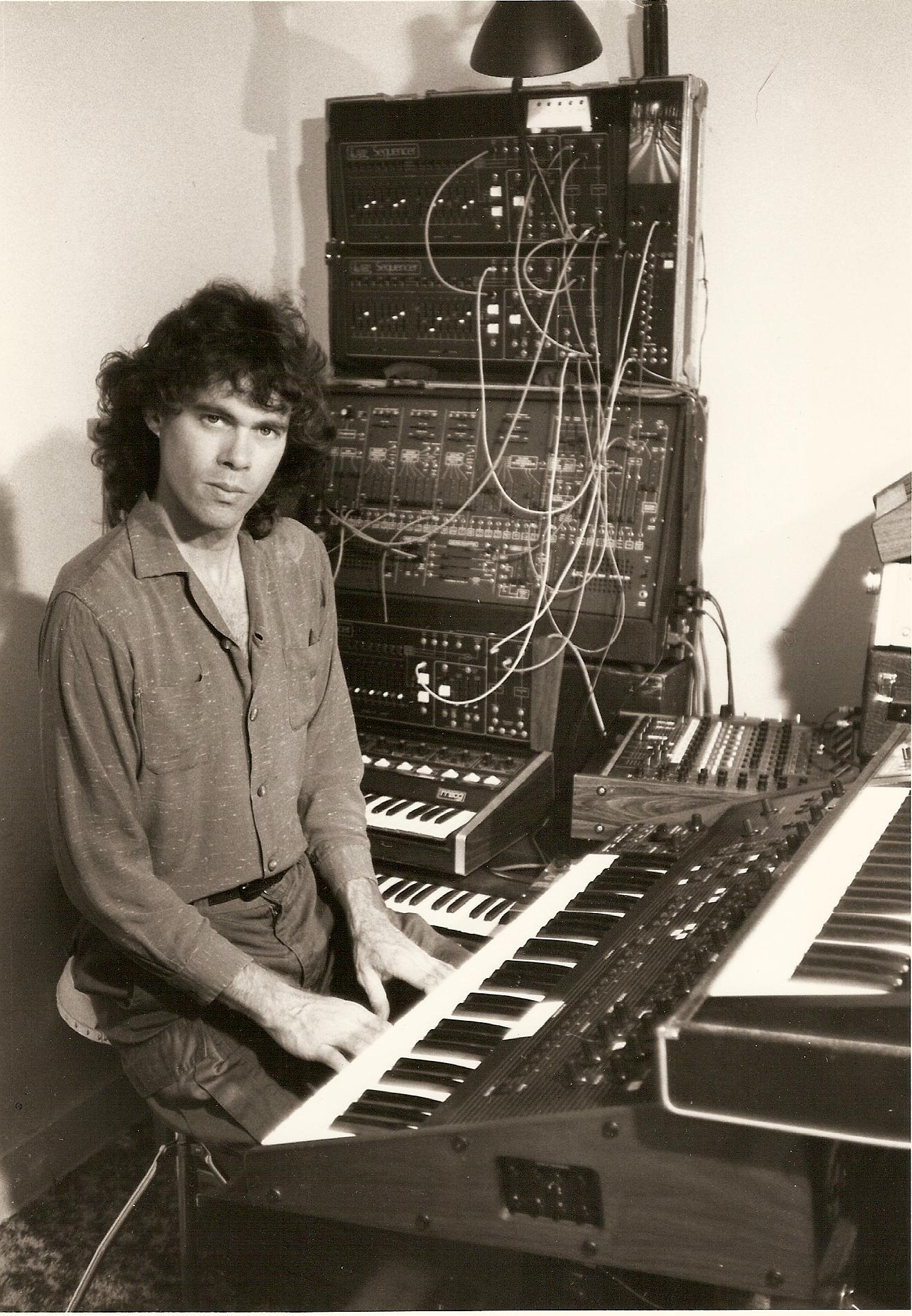 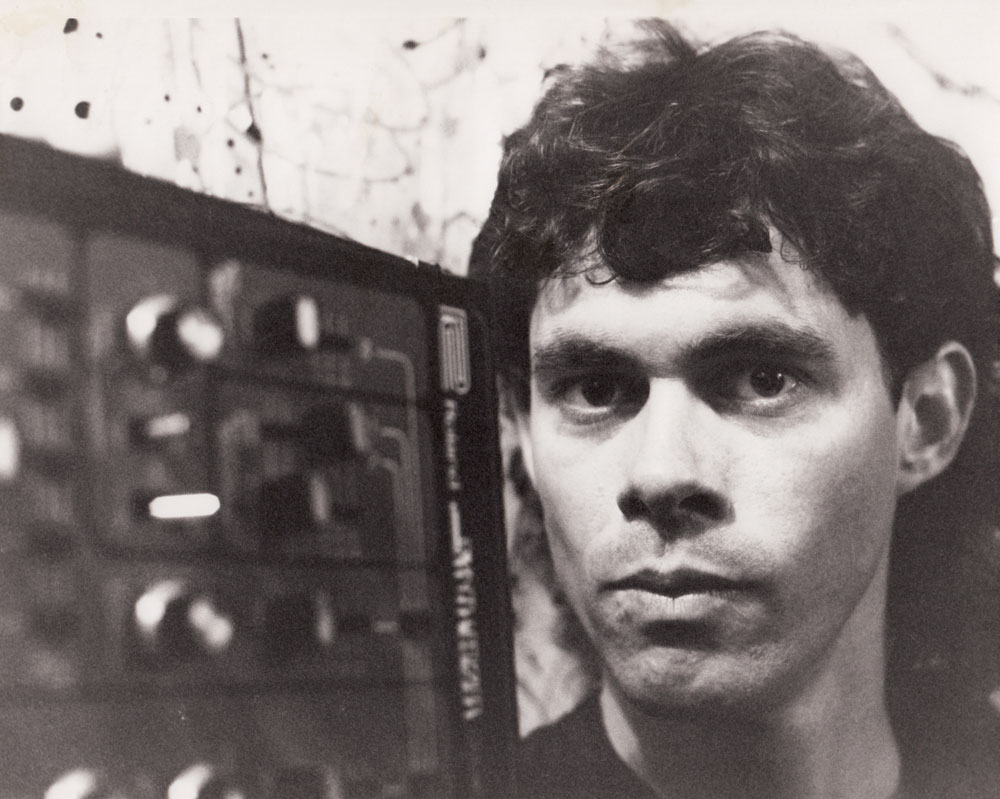 Radio was the medium of the day and was crucial to the album’s initial success in America. Structures was originally a self-released cassette when it caught Stephen Hill’s attention. He heard the album through his friendship with Michael Stearns and Kevin Braheny, two accomplished West Coast ambient composers who were living near Roach in L.A. at the time and helped him with mastering and spatial enhancements on the album.

“I remember right after it was released in 1984,” Roach says. “Stephen came to my tiny bungalow in L.A. near the MGM film studios – to see what this guy was all about. Those little gingerbread-looking houses were originally built in the 1940s for the workers at MGM a few blocks away. There was a vibrant beehive feeling all around with fellow visual artists, film and music people. My early albums from Now to Empetus were all created in that Timeroom (Roach’s official name for his studio) or perhaps better described as the Timewomb.”

Hill describes the meeting, “I vividly remember visiting him in that bungalow in Culver City, where he was living a monk-like existence. It was a stucco motel-looking place. The main room had been turned into an early Timeroom, with all his equipment set up and purring out fat analog waveforms 24/7. I don’t recall seeing a bed – he was probably sleeping in the studio – but there were two folding wooden chairs so I sat down and he offered me a glass of water. We had everything in common artistically, and we talked for hours.”

Roach laughs on hearing this, “Well if I slept, it was standing up or sitting at the Oberheim. Pretty much the same as now.”

From that encounter, big things grew. “The music was perfect for Hearts of Space,” says Hill, “and we used it on the national radio program immediately. The track ‘Quiet Friend’ became a kind of closing theme song for a while. This was before we started HOS Records, so I recommended he contact Ethan Edgecombe of Fortuna distribution who was building his own label. Ethan put it out right away on vinyl and cassette. That release on Fortuna helped Steve establish himself as an electronic artist to pay attention to. His raw talent and awesome work ethic did the rest.”

#10 best album of the 80s!
“Steve Roach’s Structures From Silence remains one of the most important ambient albums ever crafted… its enduring influence has been unmistakably visible in the three decades since its release. It has never been more relevant.”

The pieces on Structures From Silence evolved outside of the direct influence of the 1980s time zone in which it was created.

“My life at that time was purely focussed on drawing out an inner voice that had been building over many years: a feeling born from my immersion in the quiet spaces of the desert environment. My connection to the profound atmosphere of the desert areas of Southern California – Joshua Tree, Anza-Borrego, Death Valley, the Mojave Desert – was essential. I finally had my hands on the tools with which I could channel this feeling, this expansive atmosphere and blooming inner awareness. I was uncovering and discovering a palpable sense of stillness emanating from a soundcurrent of ‘silence.’”

One of the album’s extraordinary qualities is the sense of natural breath in the music, an organic quality not easily realized with synthesizers. These diaphanous chords and suspended harmonics would become the DNA of Roach’s music as he sought to release his machines from their mechanical moorings.

He explains, “I wasn’t hearing this quality in electronic music at that time. With an acoustic instrument you have to be 100% there to make a sound. Traditional instruments draw from the physical body’s interaction. With synthesizers emerging in the 80s, it was clear that you could almost stop breathing, lose the body connection, sit disconnected in a chair, and still manage to make sounds. This realization was a big piece of my entire waking and sleeping focus. I worked to deepen and nourish the connection to the essence of sound, body, mind and breath awareness when creating with synths. This was directly translated into Structures From Silence – conscious breathing, the sigh and the expansion of this place in-between. Creating from within this present moment, and playing that state through the analog warmth of the Oberheim OB8 was a sacrament of sound. The intention was direct and pure.”

The Oberheim OB8 synthesizer – the source of the resonate voice of the title track – had recently been designed and built in nearby Santa Monica, California. The new synth could play up to eight notes at once, making it the gold standard for polyphonic analog synths in the early 1980s. By his own admission Roach became utterly obsessed with owning one. Priced well beyond what the young sonic aspirant could afford from the wages of working at a local record store, he eventually secured the instrument with a very high interest loan. This consequential move would prove to have a long lasting impact in his life’s work.

The OB8 remains in regular use in his studio today. “You can buy a software version of this instrument now, but it’s like comparing a Formica-countertop laminate and a rich exotic wood. You can’t match the original in terms of texture, warmth and emotional impact, not to mention the fact that it’s a beautiful hardware instrument I feel drawn to today, in the same way as in 1983.”

“Structures From Silence is like riding the perfect wave in slow motion… as if sculpting liquid, Roach carefully shapes his sounds into a stately crescendo for an eternal dawn.”

Structures From Silence is the album that brought Roach’s work to a global audience of listeners, radio broadcasters, fellow composers, music fans and deep listeners alike. The album has been praised over the years by magazines, fanzines, therapists, Yoga practitioners, and medical MDs; it continues to appear in best of polls, often topping current lists of all-time ambient albums. It struck a chord with a diverse cross-cultural audience from varied backgrounds. The epiphanies of Roach’s formative years of inspiration drawn from the desert and nature’s dreamtime found its way indelibly into his work and his unique personal voice. The stories continue to come in from around the world on how the album breathes life with original and new listeners.

In 2014 the Quiet Friends tribute was released with sixteen electronic artists creating Structures-inspired pieces in honor of the album and timed to the remastered 30th Anniversary 3-CD re-issue.

Top-40 Best Ambient Albums of All Time
“Contemplative bliss, full of purring drones and high notes that shimmer and fade. Like a desert mirage, these structures hover forever at the horizon, an oasis from the din surrounding it.”

When asked how he sees the album today in 2017, Roach reflects, “It’s like looking at a picture of home from years past – one of comfort and peace, warmth and safety. The emotional and personal resonance of the pieces remains connected to my core and part of an uninterrupted continuum from that point to now.”

This limited vinyl edition has been remastered at high-definition 24bit – 96kHz and sourced from the master analog reel-to-reel tapes, highlighting all the subtle detail and harmonic content always present in the studio recording but not fully realized in the original vinyl release.

As Echoes radio producer John Diliberto says, “I think the more important aspect is not when I first heard it, but how resonant and undated it sounds 33 years later.”

Whether you were there in the 80s or discovered the album later, Structures From Silence continues to resonate – across time, cultures, and musical genres. In creating the album, Roach infused the music with yearning emotions and a powerful sense of stillness. Like timeless art from any genre, a rarified expression of humanity is present in this work. That, perhaps, is the key to the enduring appeal of Structures From Silence. 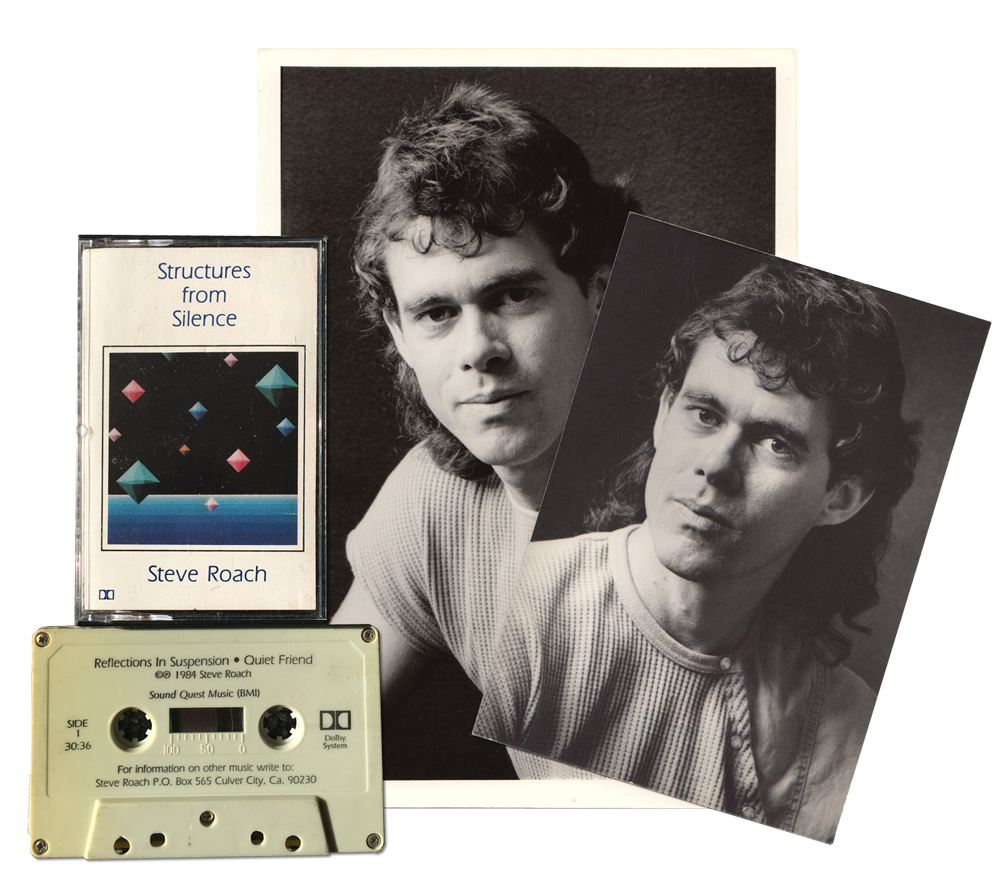