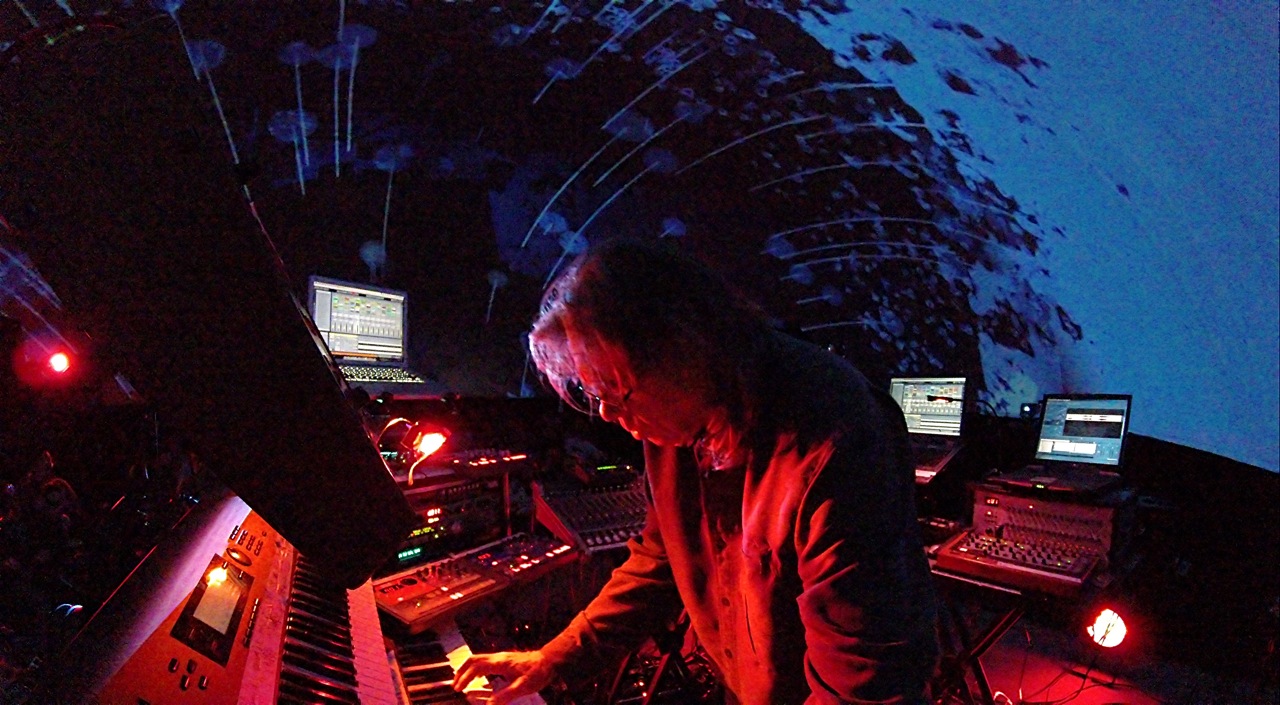 “With his distinctive melange of analogue and digital synthesizers, acoustic instrumentation and highly imaginative soundscaping, Steve Roach is a giant in modern ambient and one of the most respected electronic musicians in the world. He’s been noted for the deep inspiration he draws from the European electronic tradition, and you can certainly hear the legacy of German psychedelic electronica and spacemusic throughout his work; sometimes not in melody, but certainly in its atmosphere and large, reverberant spaces. Another major source of inspiration for Roach is desert wilderness, including the starkly beautiful deserts and wide open spaces of his Arizona home which continue to color his music to this day. After four decades of recording, Steve Roach’s well of inspiration remains as deep as ever. Steve Roach has an enormous catalogue of releases for fans to explore. His total number of solo albums, collaborations and live recordings now numbers well over 100. Ever-productive, always thoughtful and refusing to be tied down to any one style, his music commands a large, devoted following and his innovations have inspired a whole generation of downtempo electro-acoustic composers and sound designers.”
— Mike Watson, Australia