Bloom Ascension is a resplendent expression of elegant futurism.

The rich melodic and rhythmic symmetry of this kaleidoscopic bloom of interlocking electronic music was created specifically for the canvas of time inherent to the vinyl LP format. Bloom Ascension‘s spiraling analog synth/sequencer-driven sound conveys vibrant energy and radiant optimism woven into the core of these living, breathing musical mandalas.

This is Steve’s first release conceptualized for LP since Desert Solitaire (1989). The timing is perfect for a statement like this — a natural expansion and evolution upon the sound of his recent Grammy-nominated Spiral Revelation (2017) and Molecules Of Motion (2018).

Following upon the momentum of those two albums, Steve notes, “Bloom Ascension grew from the inspiration to envision an album that’s the same musical experience across all formats (LP, CD, download, streaming and cassette.) In order to maximize the fidelity of the LP’s dynamic deep bass and crisp detailed high end, I settled upon a 44-minute canvas. This set up a time structure that empowered and focused the creative process.”

Handmade music cultivated on analog tools continues to be a staple of Steve’s sound. He reflects, “This 4-part suite engages the listener in the spontaneous process in which the music evolved; it captures the sense of urgency and the direct transmission of pure emotion I felt at that moment in my Timeroom studio. Working this way, the infinite detail and visceral sonic impact of the large format and eurorack analog modular synthesizer systems feeds the mental states this music activates — hyper-alert, expansive and kinetic, yet suspended and calm at the center. The album title itself draws inspiration from the patterns of symmetry and organic beauty found in nature, while on another level there’s awareness of the unfoldment that modular-based music is seeing worldwide.”

Steve Roach is a leading American pioneer in the evolution of ambient/electronic music, helping shape it into what it is today. His career stretches across four decades and almost 150 releases. Drawing from a vast, unique and deeply personal authenticity, his albums are fueled by a lifetime dedicated to the soundcurrent. Steve is an artist operating at the pinnacle of his artform, driven by his passion and unbroken focus on creating a personal vision of electronic music steeped in emotion and organic subtlety.

A unique petal on this bloom is the track “Synesthete” which relates to the idea of synesthesia: a sensation produced in one modality when a stimulus is applied to another modality, such as when the hearing of a certain sound induces the visualization of a certain color. Steve recently discussed this concept with Psychology Today: “This new release embraces the fusion of being both a synthesist (one who creates with a synthesizer) and synesthete. This is clearly about the correlation of the sound-color-taste-texture and three-dimensional sound activation and immersion experience I strive for in my work. This is more than just my own relationship with this trait throughout my life, for years listeners have reported their own experience of synesthesia in my work. This release will celebrate this aspect of our perception.”

”Music certainly lives beyond any one physical medium, or ultimately no medium at all except for perhaps the atmosphere we inhabit. On reflection, this rotational music feels absolutely at home playing on the spiraling medium of a physical format, as if being generated directly out of the device as it spins.” 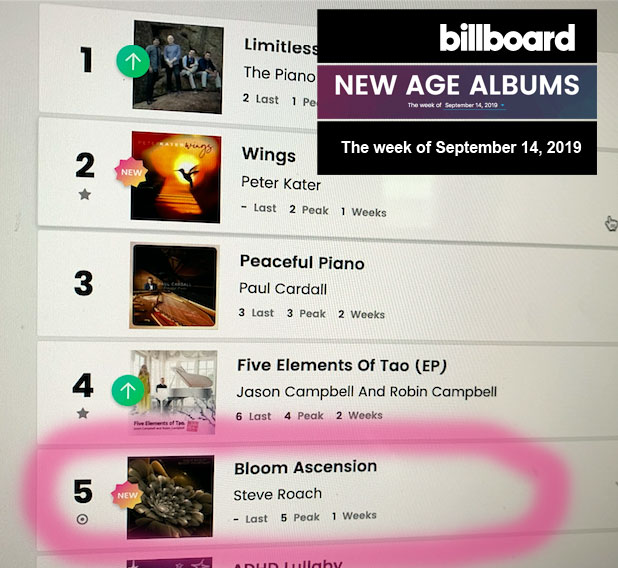 Where did the time go indeed!