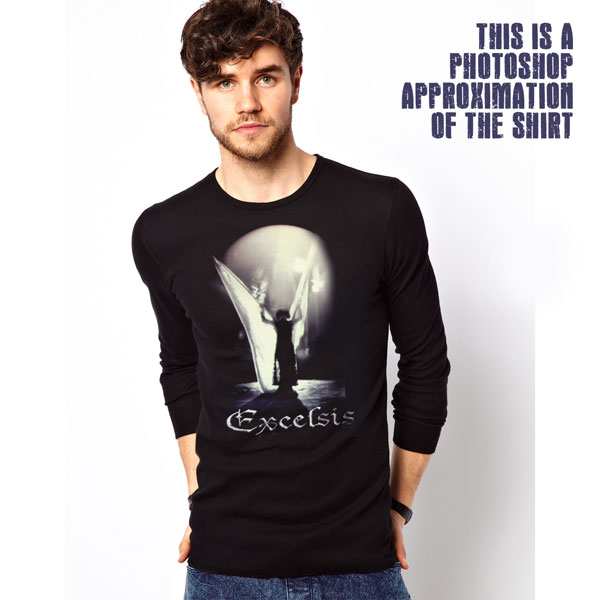 A Dark Noel compiles together some of the highlights from Projekt’s Excelsis holiday releases. This budged priced “best of” includes twelve dark holiday tracks to help you while away the frigid hours until the important day with strains of Voltaire’s eclectic “Peace in the Holy Land,” Black Tape For A Blue Girl’s crusade “Chanukkah, Oh Chanukkah,” The Crüxshadows’ electro-pop take on Lennon/Ono’s “Happy Xmas (War is Over),” and Faith and the Muse bringing you the pagan madrigal “A Winter Wassail.” All graced by our lovely Dark Angel prepared to brighten many a dark holiday night. Spend the season right, this year. Turn down the lights . . . it’s a dark noel!

The Boston Phoenix: Various luminaries of goth cover traditional holiday fare in this compilation. Love Spirals Downward applies a Cocteau Twins-like sound to “Welcome Christmas” with Suzanne Perry’s angelic vocals; Faith & the Muse lend their Renaissance rendition of “A Winter Wassail.” And led by an eerie group of singers, Black Tape for a Blue Girl’s “Chanukkah O Chanukkah” brims with dark gothic overtones. For balance, there are a few more-traditional renditions. This is the perfect Xmas album to play for friends and family to make the holiday just a wee bit weird.

Steve Roach gets a lot of streams at @pandoramusic! His #3 track there is "the Memory" from Empetus (1986) with over 7 million plays!!! #NowPlaying #MusicForSleep @steve_timeroom