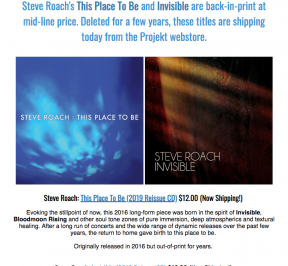 Steve Roach’s This Place To Be and Invisible are back-in-print at mid-line price. Deleted for a few years, these titles are shipping today from the Projekt webstore. Steve Roach: This Place To Be (2019 Reissue CD) $12.00 (Now Shipping!) 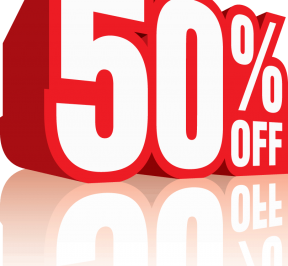 Hi! I say any Monday can be Cyber Monday if we want to have a sale! And we wanna have a sale! Take 50% off all downloads at the Projekt Bandcamp store.

Digital-only 50% OFF sale at our Bandcamp store. Sale does not include merchandise (CDs+LPs+etc). Order refunded if you purchase merch. Use checkout coupon code "june2019". Sale ends Wednesday June 19, 2019, Noon EST.